Tej Pratap is working to strengthen his new organisation amid the Bihar bypolls. 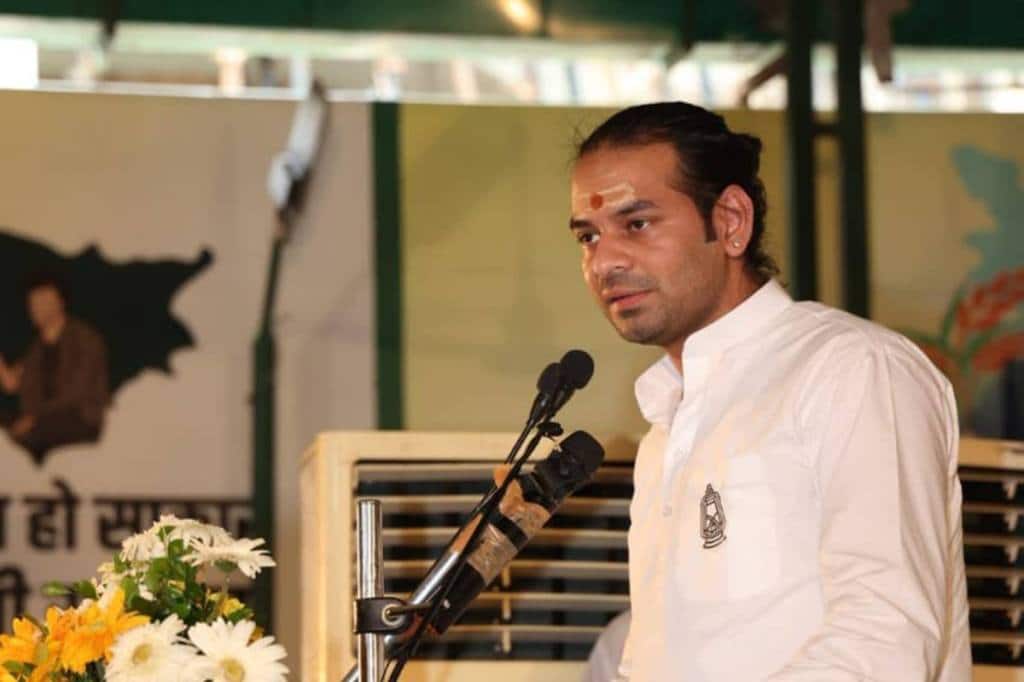 RJD president Lalu Yadav’s elder son Tej Pratap is yet again in news for his sensational statements and claims. In a recent video which went viral on social media, Tej Pratap claimed that he is a pilot and was once selected for the Indian Air Force. Addressing the Chatra Janshakti Parishad, his new organisation that he founded after rift with RJD state chief Jagdanand Singh, Tej Pratap claimed that it was his childhood passion to join the army.

“Before coming to politics, my background was of a pilot. I had applied to join Indian Air Force and was selected too. I have also done two years of training from Bihar Flying Institute…Cessna 172 was my aircraft. There was an instructor Captain Surya Pratap and he used to train me. I used to fly aircraft. It was my childhood passion to join the Indian Army. I have my ID card of that, all documents, my medical test was also done, I have kept all these things. ‘Captain’ is a prefix to my name but I don’t use it. Many people don’t know, if you go to the airport of the flying institute, many old personnel there will tell you that Bhaiya (Tej Pratap) used to come here to fly aircraft,” Tej Pratap was heard claiming in the viral video.

Tej Pratap is working to strengthen his new organisation amid the Bihar bypolls and is said to have working to defeat the RJD candidates. He recently slammed the party for dropping his mother Rabri Devi’s name from the list of star campaigners. Tej Pratap said that it doesn’t matter if his name was not on the list but his mother and sister’s name should have been there. He further said that the people of Bihar won’t forgive the party for this mistake.

Tej Pratap also slammed Tejashwi Yadav’s political advisor Sanjay Yadav. “Respected Tej Pratap Yadav ji will campaign for me in the election, says Sanjay Yadav. Sanjay Yadav ji had withdrawn his candidature for the public, says party. Neither I said nor wrote anything, so what was my role in this? Haryanvi scriptwriter, you should write this useless C-grade story somewhere else, Bihari understands everything,” said Tej Pratap hitting out at Sanjay Yadav who hails from Haryana and is said to be related to Lalu Yadav’s family.

Recently, Bihar Congress leader Ashok Ram had claimed that Tej Pratap may campaign for his party’s candidate in the bypolls.