Meghalaya: Congress petitions Speaker to disqualify 12 MLAs who crossed over to TMC

The desertion by the Congress MLAs has propelled TMC as the principal opposition party in the northeastern state. 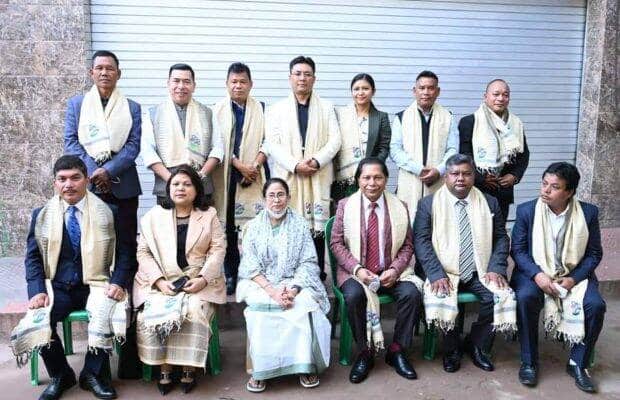 The speaker had ruled out any illegality in their joining the TMC.

Days after the 12 Congress MLAs including former Chief Minister Mukul Sangma joined the Trinamool Congress, the grand old party urged Speaker Metbah Lyngdoh to disqualify all the defecting legislators. Newly appointed Congress Legislature Party (CLP) leader Ampareen Lyngdoh has filed a petition before the Speaker and demanded that as per Rule 7 of the Meghalaya Legislative Assembly (Disqualification on Ground of Defection) Rules, 1988, the 12 MLAs should be disqualified.

On the other hand, considering the proposal of the 12 new entrants, West Bengal CM and TMC supremo Mamata Banerjee has appointed former state assembly speaker Charles Pyngrope as the party’s Meghalaya unit chief. It may be recalled that the 12 MLAs met Banerjee yesterday and urged her to appoint Charles Pyngrope as President of the state unit.

“It is humbly prayed that your honour be pleased to take such procedural measures as mandated under Rule 7 of the Members of Meghalaya Legislative Assembly (Disqualification on ground of Defection) rules, 1988,” Ampareen said in the 12 petitions.

The desertion by the Congress MLAs has propelled TMC as the principal opposition party in the northeastern state. The Congress had bagged 21 seats in the 60-member Assembly after the 2018 polls. With the demise of three MLAs, and switch over of one to the NPP and 12 to the TMC, its number has dipped to 5.

The speaker had ruled out any illegality in their joining the TMC. Notably, the anti-defection law permits the merger of two-thirds members of a legislature group with another party without attracting penal provisions.