MCD election result: Emphatic wins – Nine candidates who won by a margin of over 10,000 votes

The people’s verdict has put the AAP firmly in control in the capital where it has promised to deliver on cleanliness and governance, among others. 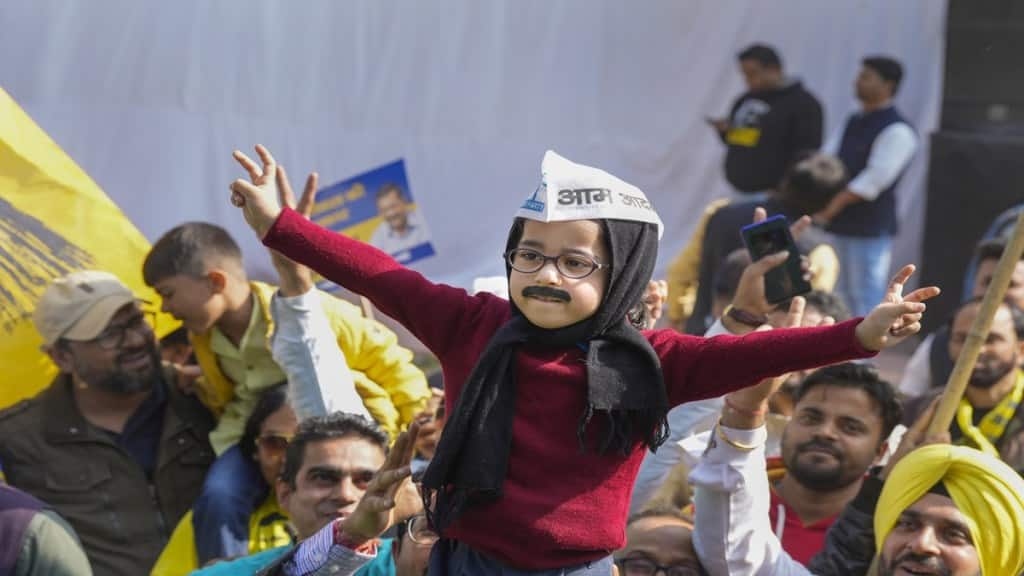 A child dressed as Delhi Chief Minister Arvind Kejriwal takes part in the celebrations of AAP's victory in the MCD polls, in New Delhi (PTI Image)

The Aam Aadmi Party emerged victorious in the MCD Election results declared today, drawing the curtains on the 15-year reign of the Bharatiya Janata Party in the civic body. The people’s verdict has put the AAP firmly in control in the capital where it has promised to deliver on cleanliness and governance, among others.

Far from the exit poll predictions, the day began with a rollercoaster ride as the trends kept switching from BJP to AAP’s favour and vice versa. However, as the day progressed and the trends became clearer, the AAP emerged comfortably on top. While there are at least 10 seats where the margins as thin as 200 votes, there were also several seats where the difference was sizable.

Shastri Nagar (70) MCD election result: Manoj Kumar Jindal of the BJP secured 23,413 votes, defeating his AAP rival Babita by a margin of 12,209 votes. Babita secured a total of 11,204 votes in the elections.

Chandani Mahal (76) MCD election result: Aaley Mohammed Iqbal of the AAP beat his Congress rival Mohammed Hamid by a margin of 17,134 votes. A resounding 19,199 votes were polled in favour of Iqbal while Hamid secured 2,065 votes.

Bazar Sita Ram (78) MCD election result: Rafia Mahir of AAP secured 16,639 votes to emerge as the winner by a margin of 12,886 votes against Seema Tahira of the Congress who secured 3,753 votes.

Ballimaran (79) MCD election result: Mohd Sadiq of the AAP received 15,773 votes to win against BJP’s Ram Dev Sharma by a margin of 11,626 votes. A total of 4,147 votes were polled in favour of the BJP candidate.

Harkesh Nagar (177) MCD election result: Aam Aadmi Party’s Mamta secured 17,931 votes against her namesake Mamta Devi of the BJP to emerge as the winner by a margin of  11,127 votes. A total of 6804 votes were polled in the BJP candidate’s favour.

Chauhan Banger (227) MCD election result: Shagufta Chaudhary Zubair of the Congress emerged as the winner from this ward, securing 21,131 votes, 15,193 votes higher than her AAP rival who polled 5,938 votes.

Dayalpur (242) MCD election result: BJP’s Puneet Sharma secured 18,483 seats to defeat AAP’s Kamal Gaur by a difference of 12,314 votes. A total of 6169 votes were polled in favour of the AAP candidate.