The mass exodus of leaders to the TMC, mostly from the Congress, comes as Mamata Banerjee’s party continues to slowly expand its footprints beyond West Bengal. 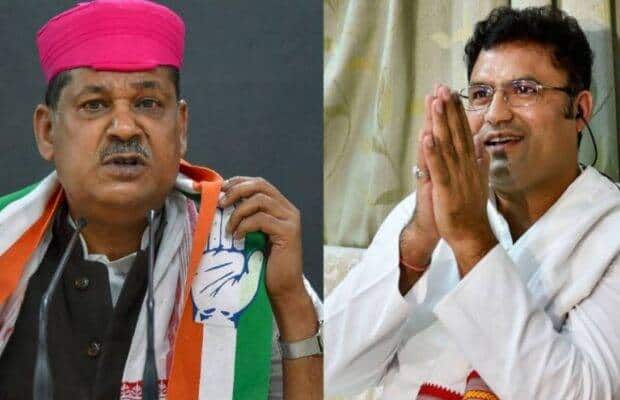 The mass exodus of leaders to the TMC, mostly from the Congress, comes as Mamata Banerjee's party continues to slowly expand its footprints beyond West Bengal.

The Congress has faced another setback with its leader Kirti Azad expected to switch sides with the Trinamool Congress today. This comes amid the growing differences between the two parties that escalated following the TMC’s announcement that it will contest the Goa polls due next year.

Azad, a member of India’s 1983 cricket World Cup-winning squad, is a three-time Lok Sabha MP from Bihar’s Darbhanga. He was earlier with the BJP, but was suspended after openly targeting then Union Finance Minister Arun Jaitley over alleged corruption in the Delhi cricket association.

Tanwar – a former Congress MP – left the Congress in 2019 and has floated Apna Bharat Morcha. He was once a close aide to Rahul Gandhi. But he fell out with the party over his rivalry with Haryana leaders including former chief minister Bhupinder Singh Hooda.

Tanwar, a former Youth Congress president who has represented Haryana’s Sirsa in Parliament, remains a prominent face in Haryana. His expected entry into the TMC is part of the party’s plans to expand its base beyond Bengal following its return to power with a landslide victory in the West Bengal assembly polls this summer.

The mass exodus of leaders to the TMC, mostly from the Congress, comes as Mamata Banerjee’s party continues to slowly expand its footprints in its bid to challenge Prime Minister Narendra Modi and the BJP in the 2024 election.

On the other hand, the Congress continues to struggle with mass exodus of its leaders to others parties across states. Just days ago, at least 20 Congress members, considered close to Ghulam Nabi Azad, put in their resignations in Jammu and Kashmir.

The Congress has suffered the most in terms of defections since 2014 followed by the Bahujan Samaj Party. The BJP too has lost a considerable number of electoral candidates as well as legislators during the same period. However, the party has also been the biggest gainer due to these defections.