The claims by Kumar Vishwas ahead of Punjab elections had triggered a major controversy. He was later accorded Y-category security by the MHA a day ahead of polling. 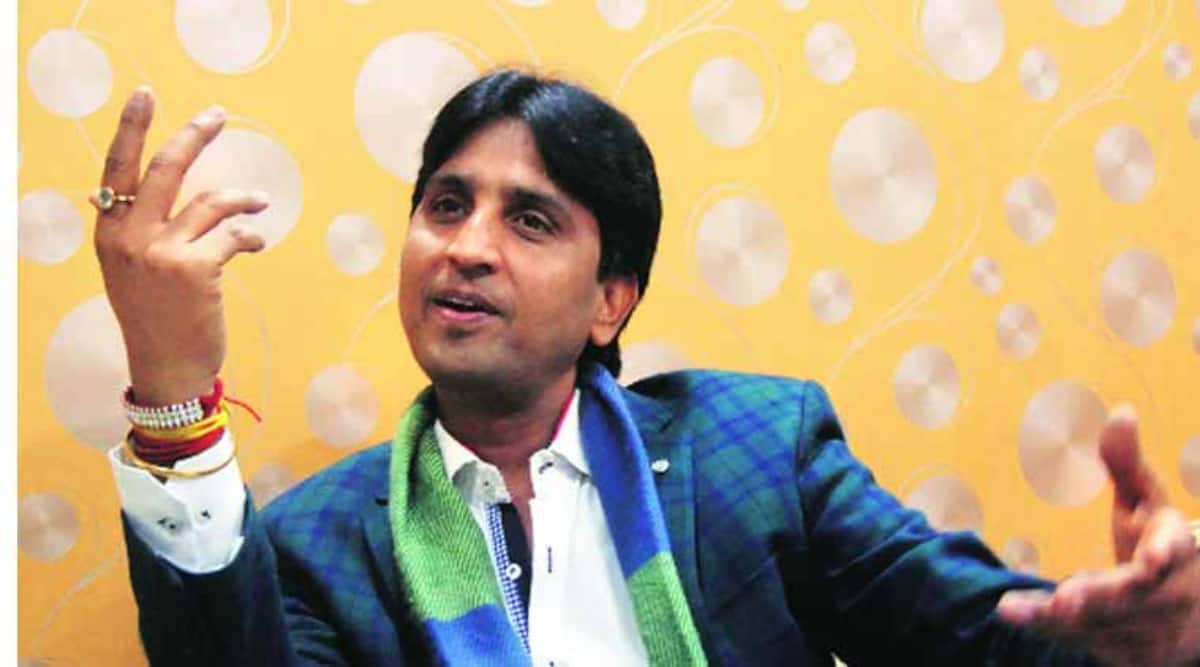 The claims by Kumar Vishwas ahead of Punjab elections had triggered a major controversy. He was later accorded Y-category security by the MHA a day ahead of polling.

Poet-turned-activist and politician Kumar Vishwas today lashed out at Punjab Chief Minister Bhawant Mann after Punjab Police visited his residence in a case against him under the Information Technology Act. Sharing pictures on his Twitter handle Wednesday morning, Vishwas claimed that Punjab Police personnel turned up at his residence today and also took potshots against Mann as well as Aam Aadmi Party convener Arvind Kejriwal over the development.

“Punjab Police came knocking at my door this morning. I advise Mann, whom I had inducted into the party, to tread with caution in allowing the man in Delhi to play with the power he has been handed by the people of Punjab. He will betray both you and Punjab. The nation should remember my warning,” Vishwas said in a tweet in Hindi.

The “man in Delhi” is an apparent reference to Delhi CM Arvind Kejriwal, with whom he had a bitter fallout years ago. Vishwas has been booked under the IT Act for allegedly doctoring a video. The visit by the Punjab Police personnel is believed to be in connection with the same case.

Meanwhile, a case was registered against Vishwas under various charges for his “inflammatory” remarks targeting Delhi Chief Minister Arvind Kejriwal in an interview in the runup to the Punjab assembly elections earlier this year. “He has been booked under Sections 153, 153-A, 505, and others of IPC at Rupnagar’s Sadar police station,” said Ropar SP HS Atwal.

Vishwas, in an apparent reference to Kejriwal without naming him, had remarked prior to the Punjab elections that the Delhi CM wanted to be “either the Punjab CM or the PM of Khalistan”. A video with the said remarks was shared by the Bharatiya Janata Party in the run-up to the elections, triggering a major controversy.

Responding to the tweet by Vishwas, a founding member and former leader of AAP, party leader Naresh Balyan took a swipe at him and asked why he was so scared. “What’s given you the shivers? Punjab Police is only asking for evidence to corroborate the remarks you made ahead of elections, just hand it to them. Matter (will be) closed… You refused to accept the sweets I wanted to offer you after the party’s Punjab win, but you refused that too. For now, it is best that you heed the warning by Punjab Police,” Balyan said.

The case against Vishwas pertains to a video shared by the BJP wherein it was claimed that he had referred to his conversation with Arvind Kejriwal. However, the video did not feature Vishwas naming Kejriwal in his alleged remarks. Following a furore over Vishwas’ claims, the Ministry of Home Affairs granted him ‘Y’ category security ahead of voting in Punjab.