Congress fumes over Mamata’s ‘no UPA’ remark, lashes out at TMC chief

When asked if she wanted Pawar to be the chairperson of the Congress-led United Progressive Alliance (UPA), Banerjee, who was accompanied by her nephew Abhishek Banerjee, said, “Three is no UPA now.” 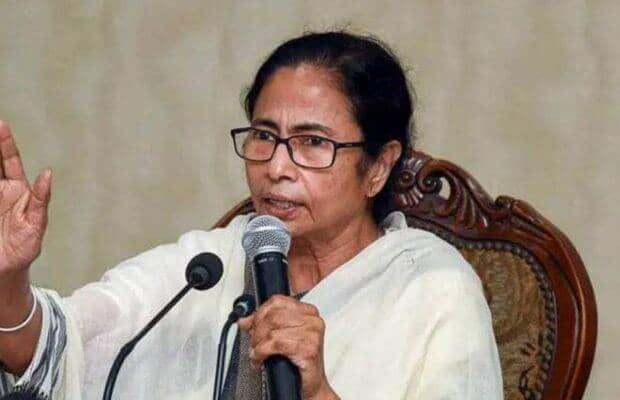 When asked if she wanted Pawar to be the chairperson of the Congress-led United Progressive Alliance (UPA), Banerjee, who was accompanied by her nephew Abhishek Banerjee, said, "Three is no UPA now."

West Bengal Chief Minister Mamata Banerjee’s “there is no UPA now” remark has left the Congress infuriated with several of its leaders launching attacks on the Trinamool Congress chief. A late-night meeting held by the Congress on Wednesday decided to corner Banerjee over her repeated attacks on the Congress.

Banerjee made the remark after her meeting with NCP chief Sharad Pawar in Mumbai, where she called for fighting the BJP unitedly while taking barely veiled swipes at the Congress leadership.

When asked if she wanted Pawar to be the chairperson of the Congress-led United Progressive Alliance (UPA), Banerjee, who was accompanied by her nephew Abhishek Banerjee, said, “Three is no UPA now.”

Reacting to her remark, senior Congress leader Mallikarjun Kharge said the the opposition should present a united front against the BJP instead of remaining divided. “We’ve tried to include them (TMC) in various socio-political issues where Congress made its name. Opposition should not get divided and fight amongst themselves, we’ve to fight against BJP together,” he said.

Meanwhile, senior party leader Digvijaya Singh said that no Opposition alliance can be formed against the BJP without the participation of the Congress.

“Our fight is against the ruling party (BJP). Those who want to join us,should come with us and those who don’t want to join us are free to do so…can any political alliance formed against BJP be without participation of Congress?” Singh said.

Banerjee’s meetings with opposition leaders comes amid a strain in the ties between the TMC and Congress. The Grand Old Party has recently been uncomfortable with the TMC’s expansion drive that has seen it poaching its leaders — from Assam to Goa, Meghalaya to Bihar.

The Trinamool Congress has been openly against Congress for its alleged failure to take on BJP. It had recently termed the grand old party as “incapable and incompetent” and had asserted that TMC cannot be blamed for its leaders jumping the ship.

The relationship between the two parties had hit a new low last month after Banerjee’s party took a dig at Rahul Gandhi’s defeat at Amethi in the 2019 Lok Sabha polls and had wondered whether Congress could erase it through a Twitter trend.

TMC mouthpiece ‘Jago Bangla’ had claimed that it was Banerjee, who is also the West Bengal chief minister, and not Rahul Gandhi, who has emerged as the face of opposition against Prime Minister Narendra Modi.