The Finance Ministry has suggested putting the proposed policy before a Committee of Secretaries, the Road Transport and Highways Minister said after holding a meeting with Finance Minister Arun Jaitley on modernising the country’s vehicle fleet. 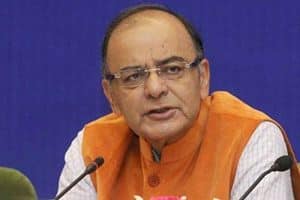 In order to check pollution, a new policy will be framed to make scrapping of 15-year old vehicles mandatory, bringing heavy vehicles in its ambit to begin with, Union Minister Nitin Gadkari today said.
The Finance Ministry has suggested putting the proposed policy before a Committee of Secretaries, the Road Transport and Highways Minister said after holding a meeting with Finance Minister Arun Jaitley on modernising the country’s vehicle fleet.

“Finance Minister said that 65 per cent of the pollution is caused by heavy vehicles which have completed 15 years. We will scrap this in the first phase,” Gadkari told PTI.

“He has asked to make the policy for scrapping mandatory and not voluntary. The Finance Minister also said that instead of tax exemptions, provision of funds will be made in the budget,” he said.
Gadkari said Jaitley is of the view that policy will benefit both the central as well as state governments and lead to higher revenues.

The draft Voluntary Vehicle Fleet Modernisation Programme (V-VMP) policy had earlier proposed to bring under its purview vehicles bought on or before March 31, 2005, numbering about 28 million, to which the Finance Ministry has raised objections saying it would be difficult to provide exemption for such a large number of vehicles.

“The Finance Minister said if GST Council is formed then tax structure will change. So we will have to take permission from the GST Council. He asked to finalise the policy and Committee of Secretaries will discuss the same. Instead of asking for tax exemption he said he will provide incentive in the budget,” Gadkari added.

Asked as to how the ministry proposes to incentivise the people opting for scrapping of vehicles, Gadkari said: “Suppose we give tax exemption for Rs 75,000, they (Finance Ministry) are saying we will give that amount to the person who scraps his vehicle. Don’t ask for exemption in tax.”

Gadkari said he briefed the Finance Minister of the possible allied benefits of the V-VMP policy that included “additional net revenue of over Rs 21,000 crore” on account of additional automobile sales, beside crude oil savings of Rs 7,700 crore due to improved fuel efficiency”.

Also, he said, once the policy is finalised it will result in domestic steel scrap generation worth Rs 5,500 crore to substitute imported scrap.

There would also be huge employment generation as there would be huge demand for workforce for scrapping/recycling operations and automobile manufacturing, he said.

“There are some concessions we are expecting from manufacturers and some from central government and we will fix the cost. We will make different automobile industrial clusters in different parts of the country and they may be near ports. That policy we will plan which will create more employment.”
The automobile industry’s turnover in the country is Rs 4.5 lakh crore, he said, adding that making these kind of industrial clusters will provide for a huge employment creation.

“Creating these kind of clusters it will reduce the cost of vehicles because spare part prices are reduced and we don’t need to import scrap from the world. Scrap will be available in the country including spares parts used in automobile industry,” he said.

He added, “We are preparing a detailed note for phase one with the opinion from other departments also. After their suggestions and approval of Cabinet Secretary it will go to PMO and…now with GST already passed probably we may have to approach to GST council because in proposal we need approval of GST council and this is a case where state governments are benefited because they will get more revenue.”

He said there will be some incentives. “There could be incentives from both state and central government and then the cost of vehicle would be finalised. If the cost is around Rs 15 lakh so roughly there could be a discount of Rs 1-2 lakh for the vehicle buyer,” he added.

Gadkari said that based on the success of first phase, the government will rollout the next phase.
He said this could be a historic decision which will go a long way in controlling pollution.
The ministry has sought reduction in excise duty on new cars to half the regular rate for those scrapping their old vehicles.

Under the proposed V-VMP, vehicles bought before April 2005 or those below BS IV emission standards will be eligible for incentives if replaced by new ones.

The draft of the policy has proposed three incentives for the vehicles scrapped -half the regular excise duty at the time of purchase of the new car, fair value for the scrap and discounts from automobile manufacturers.

Earlier the proposed policy has sought complete excise exemption for state transport buses to encourage public transport to shift to newer and higher capacity buses which will also help decongest roads.
According to the ministry, the policy has the potential to reduce vehicular emission by 25-30 per cent and save oil consumption by 3.2 billion litres a year.