The top court observed that it had passed an order on December 15 directing the SEC to notify the seats in the local body in Maharashtra, which were reserved for the OBCs, as general category. 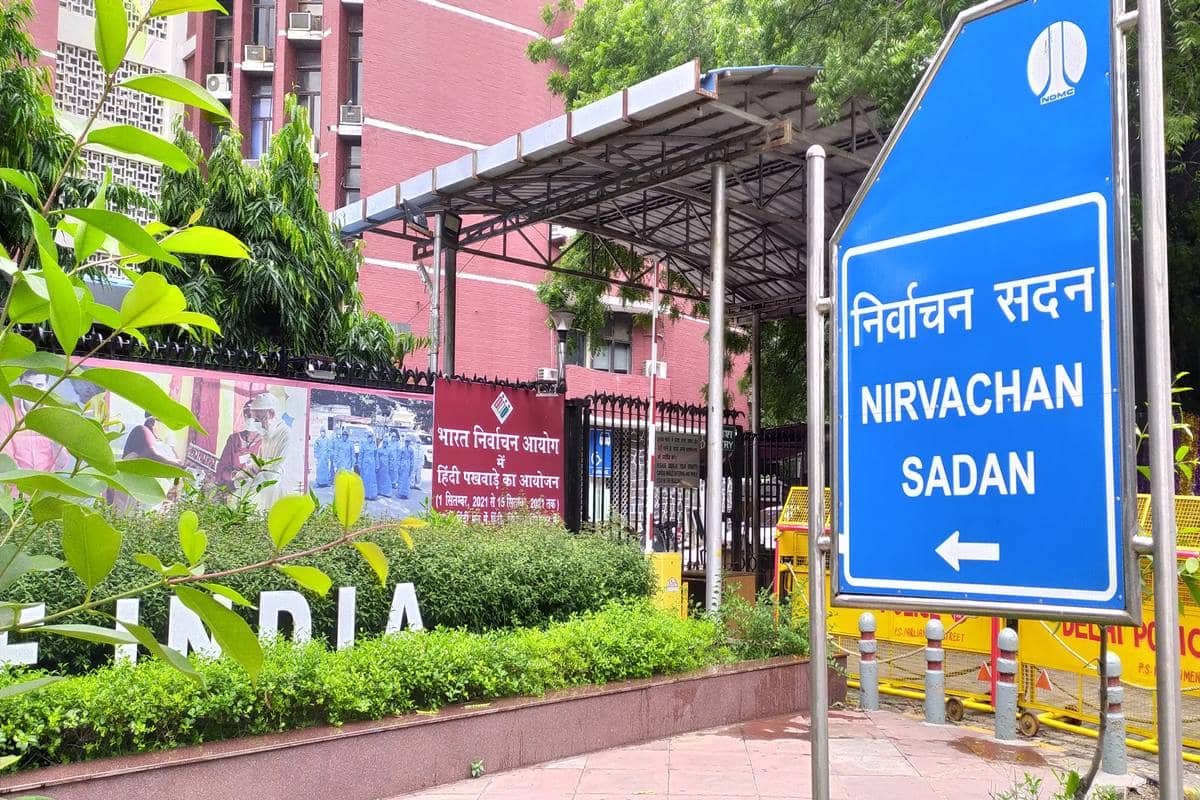 The apex court passed the order after the matter related to local body election in Madhya Pradesh on seats reserved for the OBC was brought to its notice. (Pic: FE.com)

The Supreme Court on Friday directed the Madhya Pradesh State Election Commission (SEC) to stay the poll process on seats reserved for Other Backward Classes (OBCs) in the local body there and re-notify those seats for the general category. A bench of justices A M Khanwilkar and C T Ravikumar told Solicitor General Tushar Mehta to impress upon the authority concerned to issue a communication to the respective SECs to “strictly adhere” to the enunciation of the apex court to first comply with the triple test being a pre-condition, before notifying reservation of seats for OBCs in the local bodies under their jurisdiction.

“He (Mehta) has graciously agreed to do the needful,” the bench said in its order.

The top court observed that it had passed an order on December 15 directing the SEC to notify the seats in the local body in Maharashtra, which were reserved for the OBCs, as general category. It said the same principle and analogy ought to apply to the state of Madhya Pradesh as well.

“Accordingly, we direct the Madhya Pradesh State Election Commission to stay the election process in respect of OBCs seats only, in all the local bodies and to re-notify those seats for general category,” the bench said.

“Further, election for general category seats shall proceed along with other election already notified and is underway but results of all the seats (including re-notified general seats) will be declared together on the same day,” it said.

The apex court passed the order after the matter related to local body election in Madhya Pradesh on seats reserved for the OBC was brought to its notice.

The bench referred to the constitution bench verdict of 2010 which had mentioned the triple condition, including setting up a dedicated commission to conduct a contemporaneous rigorous empirical inquiry into the nature and implications of the backwardness qua local bodies within the state, which is required to be followed before provisioning such reservation for the OBC category. It said later, a three-judge bench had reiterated the same.

“We don’t want any experiments to be done in Madhya Pradesh. It has to be consistent with the constitution bench judgement, as reiterated by three-judge bench and the other day, in the order in Maharashtra case. Bring it in sync with that,” the bench orally said during the hearing.

The top court observed that grievance made before it in the application is that as per liberty given by the apex court on December 15, the applicants had moved the Madhya Pradesh High Court for urgent relief on the issue.

It noted the high court has opined that since the main matter is listed for hearing in the first week of January, the entire issue can be considered at that time.

“We are not going into the correctness of that submission,” it said.

“The fact remains that the elections to all the local bodies in the state of Madhya Pradesh have been notified provisioning for reservation for Other Backward Classes (OBCs) category. To that extent, the election programme needs to be stayed forthwith as it is in conflict with the decision of the constitution bench of this court in….and reiterated by three judge bench….,” it said.

The bench said that a similar situation was there in Maharashtra in respect of which a detailed order was passed on December 15, directing the Maharashtra State Election Commission to take corrective measures forthwith.

In March this year, a three-judge bench of the apex court had said that reservation in favour of OBCs in the local bodies concerned in Maharashtra cannot exceed 50 per cent of the total seats reserved for the Scheduled Castes, the Scheduled Tribes and OBCs taken together.

The top court had referred to the triple condition noted in the constitution bench verdict of 2010. The conditions included to specify the proportion of reservation required to be provisioned local body-wise in light of recommendations of the commission so as not to fall foul of overbreadth and in any case such reservation shall not exceed an aggregate of 50 percent of the total seats reserved in favour of SCs/STs/OBCs taken together.

Next Story
Who should not invest in fixed income investment options