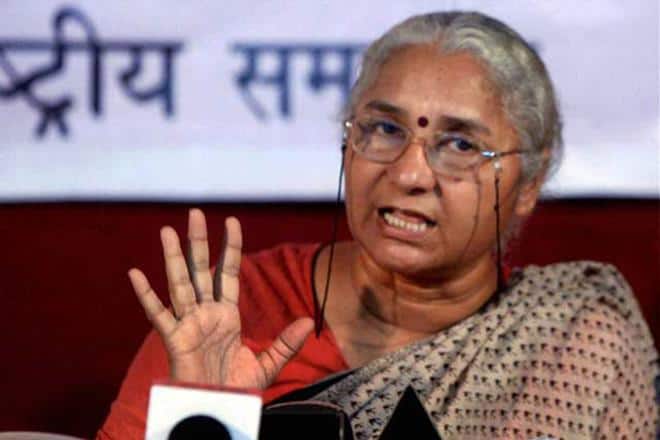 Days after the Madhya Pradesh government invoked the National Security Act, activist Medha Patkar today came down heavily on Chief Minister Shivraj Singh Chauhan, alleging he was trying to smother the Narmada Bachao Movement. The MP government through a notification on June 19 invoked the NSA for a period from July 1 to September 30 to ensure smooth roll out of the GST. The notification states that there are reports with the state government that certain elements are active or are likely to be active in “threatening communal harmony” and affecting law and order in the state

“They have already killed farmers in Mandsaur and now they are planning to murder people in Narmada, then there are voices against GST also. So to get such a law during this time is to muffle the voice of dissent. They do not want any ‘jan andolan’, they don’t want people to fight for their rights,” Patkar told PTI.

“I believe that the NSA is specifically to target the Narmada Bachao Andolan as there are very few protests during the rainy season and with Supreme Court’s July 31 deadline of vacating the land approaching, the focus for them will be to silence any protests,” said Patkar.

Earlier this month, the Narmada Control Authority (NCA) gave its final go ahead to the Gujarat government to close the Sardar Sarovar Dam (SSD) gates, almost 56 years after the dam’s foundation was laid in south Gujarat by then prime minister Jawaharlal Nehru in 1961.

The NCA permitted increasing the dam’s height by lowering of 30 gates and impounding of water in the reservoir up to its full reservoir level of 138.68 metres. Since the announcements, protests have been taking place across the Narmada Valley in the districts of Dhar, Barwani, Alirajpur and Khargone. Prime Minister Narendra Modi, in fact is likely to visit the dam area on July 15 in what is being described as a celebratory visit.