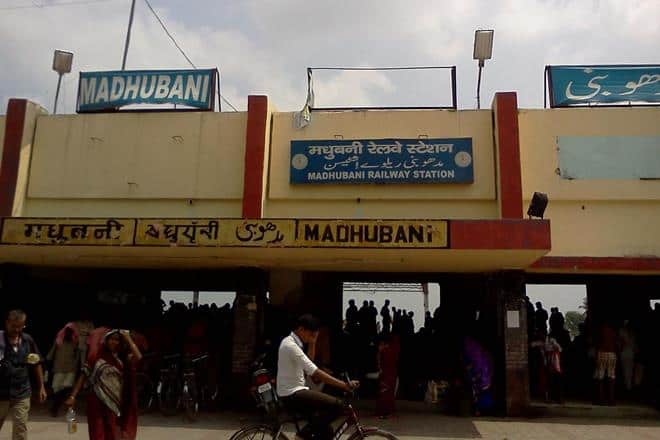 Known for its divine beauty, a traditional Madhubani painting will now grace the historical Madhuban Railways Station. The painting, made in an area of 7000 square feet, is probably world’s largest, Aaj Tak and Hindustan report.The painting was started on the occasion of Gandhi Jayanti (2nd October) and is now completed. The new art work is also likely to attract visitors towards the city and make them understand the ancient culture of the place.

Though the painting is all set to weave its magic on the walls of the railway station, it cannot as yet make it into the Guinness Book of World record! Why? Because of the negligence of authorities, reports say. However, officials have now started working for the same – they failed to make an application on time, but are rushing to make amends now.

A report says that an NGO named Craftwala had initiated the effort of beautifying walls of Madhubani station with these paintings. The huge painting is a result of the fee-free labour from people from all walks of life. Along with the artists, Railway department officials have also made contributions. As per a report, the largest painting presently registered with the Guinness Book of Records measures 4566 square feet.