Revealing that his mother was very strict when it came to cleanliness, PM Modi wrote: “Mother was extremely particular that the bed should be clean and properly laid out. She would not tolerate even a speck of dust on the bed.” 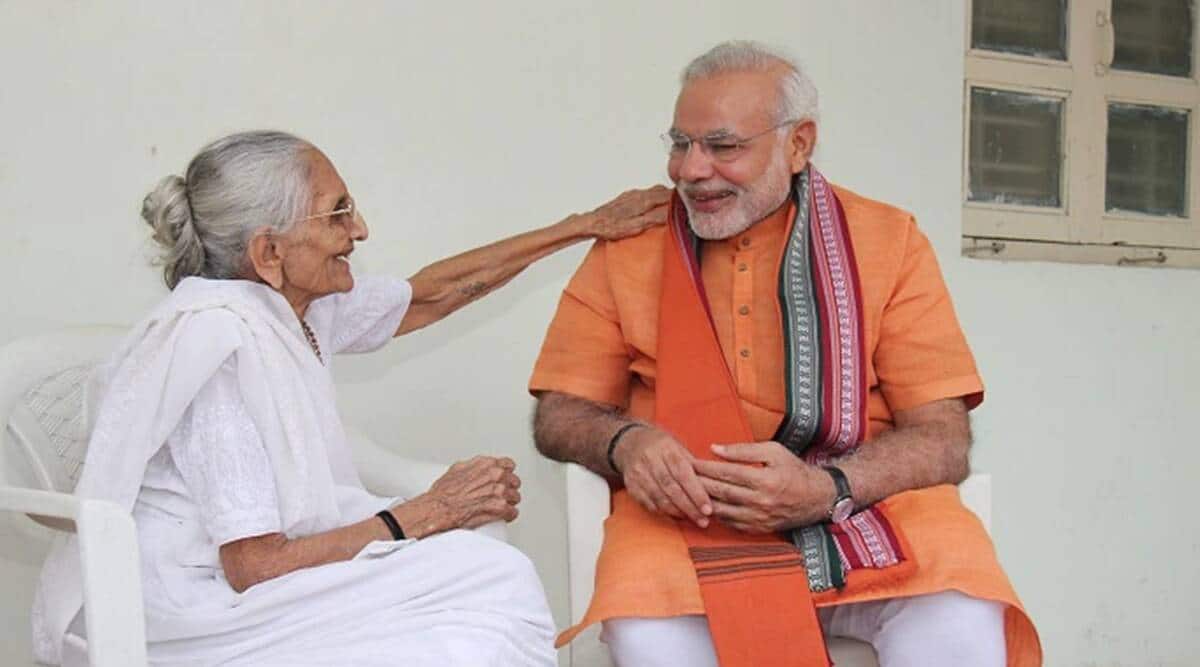 PM Modi with his mother.

On mother Heeraba’s 100th birthday, Prime Minister Narendra Modi on Saturday penned an emotional post, while pointing out that his mother taught him an important lesson on how to be wise and learned, even after not receiving a formal education. PM Modi highlighted his mother’s vital hand in instilling values of tolerance and cleanliness from an early age.

Taking to Twitter, PM Modi wrote, “Maa… this isn’t a mere word but it captures a range of emotions. Today, 18th June, is the day my Mother Heeraba enters her 100th year. On this special day, I have penned a few thoughts expressing joy and gratitude.”

Modi met his mother in Gujarat and took her blessings on her 100th birthday.

“My mother is as simple as she is extraordinary. Just like all mothers,” he wrote in a lengthy blog post dedicated to his mother.

“Today, I feel extremely happy and fortunate to share that my mother Smt. Heeraba is entering her hundredth year. This is going to be her birth centenary year. If my father had been alive, he too would have celebrated his 100th birthday last week. 2022 is a special year as my mother’s centenary year is starting, and my father would have completed his,” he wrote.

“Earlier, there was no custom of celebrating birthdays in our family. However, children from the younger generations planted 100 trees to remember my father on his birthday,” the PM further wrote.

PM Modi has been actively in politics for several decades. However, he revealed that his mother was present only on two occasions by his side publicly — one, was in Ahmedabad on Modi’s return from Srinagar, and the last time was at his swearing-in ceremony when he became the Chief Minister of Gujarat for the first time, back in 2001.

“Since childhood, I have noted that Mother not only respects others’ choices but also refrains from imposing her preferences. In my own case especially, she respected my decisions, never created any hurdles, and encouraged me. Since childhood, she could feel that a different mindset grew inside me,” PM Modi wrote.

Stating that his mother was very strict when it came to cleanliness, PM Modi wrote: “Mother was extremely particular that the bed should be clean and properly laid out. She would not tolerate even a speck of dust on the bed.”

“Her focus on cleanliness is evident even today. Whenever I go to Gandhinagar to visit her, she offers me sweets with her own hands. And just like a young child’s doting mother, she takes out a napkin and wipes my face once I finish eating. She always has a napkin or small towel tucked into her saree,” he added.