‘Lucknow-Agra Expressway did not face hurdles like many others’

Even as several expressways of the NHAI are either incomplete or have failed to take off, mostly because of delay in land acquisition, the Lucknow-Agra expressway, which is the country’s longest has not faced any of such problems. 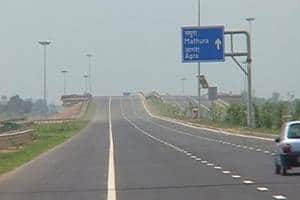 Even as several expressways of the NHAI are either incomplete or have failed to take off, mostly because of delay in land acquisition, the Lucknow-Agra expressway, which is the country’s longest has not faced any of such problems.

In Bihar and Madhya Pradesh, there are a number of projects where construction companies and engineers were threatened by the local mafia dons, resulting in delay delaying of projects and causing cost overrun while in numerous places, state governments or NHAI have not been able to acquire land, ‘The Times of India’ report has said.

The Lucknow-Agra expressway never faced any such difficulties and the companies involved in the construction of the road never faced any threat, UPIEDA CEO Navneet Sehgal was quoted as saying by the paper.

The team of the government of India and NHAI has praised the land acquisition model for the expressway , which wrote letter of praise to the UP government, he added.

On Saturday, Uttar Pradesh Chief Minister Akhilesh Yadav went for a ride on the under-construction expressway while on his way to his village Saifai . The Lucknow-Agra expressway is a dream project of Akhilesh.

Two ministers of his cabinet Abhishek Mishra and Rajendra Chaudhary, were with him as Akhilesh Yadav reviewed project’s preparedness for public use. This was the first time that the state chief minister took a ride on the Lucknow-Agra Expressway for quality check. He also stopped at Zahidpur village and Bhagwanpur in Unnao to ask the people about the development works being done in their areas.

The 302-km Lucknow-Agra expressway is set to be inaugurated on November 21 this year.