Looking ahead: Elections in seven states and a mid-term test for Modi’s popularity in 2022

While the elections will put Prime Minister Narendra Modi’s popularity to test, the Opposition faces unending challenges in a year of reckoning. 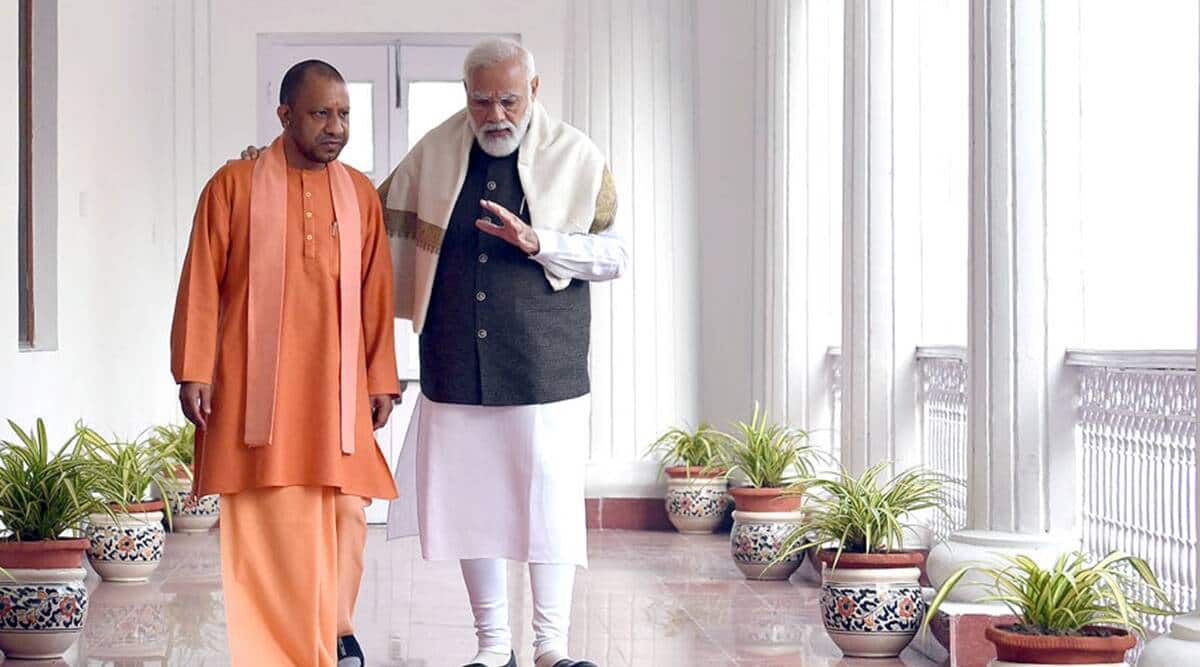 While the elections will put Prime Minister Narendra Modi's popularity to test, the Opposition faces unending challenges in a year of reckoning.

After an action-packed 2021 that saw the government’s standoff with farmers culminating in a major climbdown on agri laws, the BJP’s failed attempt to stop Mamata Banerjee’s victory run in West Bengal, and the Congress’ struggle to contain infighting in its state units, the year 2022 promises a lot more. A power-packed election year, 2022 will begin with the people’s verdict in five states — including the politically crucial Uttar Pradesh. The elections, expected to be held in February- March this year, will not just decide the fate of these governments, but will also set the tone for the Lok Sabha elections which will be held two years later in 2024. While the elections will put Prime Minister Narendra Modi’s popularity to test, the Opposition faces unending challenges in a year of reckoning.

The year begins with elections in five states UP, Punjab, Uttarakhand, Goa and Manipur in February-March this year and draws to a close with polls in Himachal Pradesh and Gujarat in November-December. Of the seven states that go to the polls this year, BJP is in power in all barring Punjab. The outcome of these results will have a bearing on the political landscape in 2022 and beyond, going into the 2024 Lok Sabha elections. With pre-poll surveys showing little to prove that Modi’s popularity is dwindling, the results in five states that go to polls in the first half of this year will be the first indication if issues like the farmers’ protest, Covid-19 management, inflation, and unemployment have had any bearing on the mood of the people.

The elections will also evaluate the popularity of ‘Brand Modi’ which has been the key to BJP’s success story in elections across the country since 2014. The havoc wreaked by the second wave of COVID-19 followed by the fears of an imminent third wave amid the arrival of the Omicron variant in India might turn out to be the prime benchmark of this test. The outcome of the elections, especially in Uttar Pradesh, will also decide the future course for the Opposition which has been cornering the government on various issues. with UP considered the gateway to power at the Centre, the BJP knows the importance of winning these elections. With elections in the PM’s home state of Gujarat slated for the year-end, any slip in a state with the highest number of Lok Sabha seats including that of the Prime Minister will be sufficient to dent Modi’s aura of invincibility. The stakes, therefore, are much higher for the BJP this year.

Mamata Banerjee’s landslide victory in the West Bengal polls catapulted her claim as the distinguished challenger to Modi among the regional satraps like M K Stalin who wrested power from the AIADMK-BJP alliance in Tamil Nadu and Pinarayi Vijayan who powered the Left to its record second straight victory. The Trinamool’s victory refueled Mamata’s ambition of a national role as her party forayed into the Congress’s turf in Goa. With Mamata’s ambitions injecting unease in the Congress, the Opposition’s moves will be crucial in shaping the political landscape in 2022 and will be watched very closely. The elections this year, therefore, will be equally challenging for Congress which battles an unprecedented existential crisis. The question of opposition unity and its leadership is bound to dominate Indian politics as Lok Sabha elections draw closer. Several attempts to forge a united opposition front have failed due to personal ambitions and this year will be also a test of the opposition’s mettle to set aside differences if it wants to pose any serious challenge to the BJP juggernaut.

The year will perhaps go down as one of the most challenging for Congress which faces a two-front war. While an absence of leadership and direction has been highlighted by many within, containing the infighting in a few states where it is in power has been its latest challenge. All eyes will be on the organisational elections of the Congress, scheduled to be held in September 2022, which will decide on the new party president, quite possibly Rahul Gandhi. But it is the outcome of the assembly polls that will decide whether the change of guard would be smooth.

By mid-2022, Congress will break its own record of being in the opposition for the longest time. Post Independence, it remained in the opposition for the longest from 1996 to 2004. In 2003, Congress was in power in 15 states; now, it is reduced to just three. In the last seven years, the Congress on its own has won only five state elections. Meanwhile, the tussle in the party is expected to continue in 2022. Although members of the G-23 group of leaders maintain a strategic silence, the Assembly polls outcome could potentially disrupt the status quo.