Calcutta HC allows RSS to hold rally to be attended by Mohan Bhagwat at Brigade Parade Ground in Kolkata on January 14. 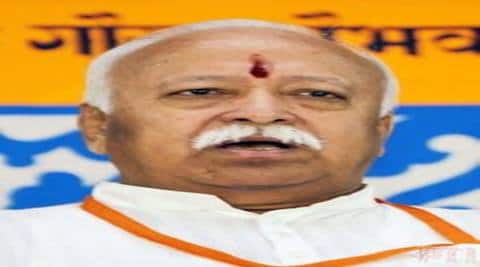 Calcutta HC allows RSS to hold rally to be attended by Mohan Bhagwat at Brigade Parade Ground in Kolkata tomorrow, reported ANI. Kolkata police had denied permission on Thursday to RSS members for security reasons.Police has been asked by the court to submit a written apology and mention why it could not be allowed.

Their reason was written and signed by the Joint Commissioner of Police and sent to the RSS pracharak. It said that the Brigade Parade Grounds is going to be occupied as it is used as a transit camps for the Gangasagar Mela pilgrims and vehicles, and will be used till January 18. The other venue – Bhukailash temple grounds which RSS had proposed can only accommodate 500 people.

Court has allowed entry of maximum 4000 invitees and non-invitees should not be allowed. It has asked Kolkata police to make all arrangements for maintaining security.

RSS has been trying to challenge Trinamool Congress in Bengal since Banerjee has been constantly targeting Modi in her speeches. According to news reports these meetings are routine and are held many times during the year.