The situation in Kolkata has only worsened leading the National Green tribunal to give out a notification. 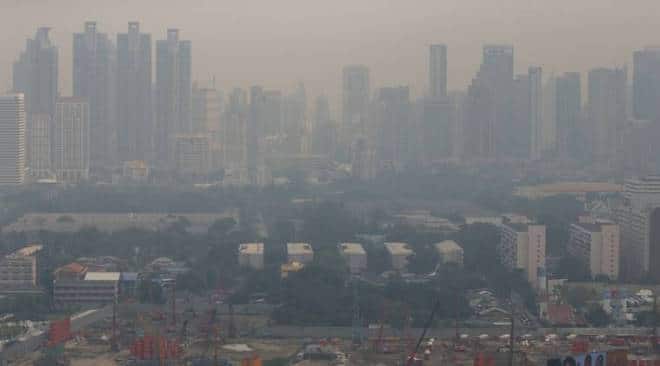 As per the System of Air Quality and Weather Forecasting And Research (SAFAR), the the air quality index being at 449, the overall air quality of Delhi was recorded in ‘severe’ category.

Somendra Mohan Ghosh who is an award-winning environmental scientist and green technologist while speaking to Financial Express Online said that Kolkata has surpassed Delhi in air pollution levels and while both cities are choking for clean air, each has different factors contributing to its air pollution levels.

Delhi suffers air pollution every winter due to agricultural waste burning in winter, while Kolkata’s major factor contributing to air pollution is auto emissions, as evident by NGT in its November 2018 observation to the Bengal government.

Ghosh continues, “Green belt is very poor throughout the day since mid of December till now. University campus at 3pm on January 04, 2019 touched 500 mg per cubic meter as against safe limit of 60mg per cubic meter.

Ghosh informs that at present, there are only two automatic air quality monitoring machines in Kolkata; one in Rabindra Bharati University Campus and other in green zone of Victoria Memorial.

He rued that even in green belt like Kolkata’s Victoria Memorial, the PM2.5 pollutant level is equivalent to that of the Delhi commercial zone. The situation in Kolkata has only worsened leading the state transport department to give out a notification.

There is no alternative for diesel in Kolkata while Delhi has public transport running on CNG for quite sometime now. However, it is even more saddening to know that Kolkata’s vehicular population is 1/3rd of Delhi, Ghosh says. To make matters worse, Ghosh says, the number of diesel vehicles are more than petrol vehicles. The 99% of commercial vehicle segment is diesel driven.

Garbage burning in KMC’S dumping ground and diesel waste besides several coal fires in open stoves in around 10,000 roadside fast-food stalls is added headache in Kolkata.

The NGT’s order and the state transport department

The entry for commercial vehicles which are 15 years old or older was barred in Calcutta, Howrah, Bidhannagar and Barrackpore commissionerates on December 31 with an immediate effect, the state transport department had announced in a notification that in a bid to enforce a high court order issued back in 2008.

In November 2018, the National Green Tribunal had noted that the main reason for bad air quality in Calcutta and Howrah was identified to be auto emission.

The NGT in November 2018 had rapped the and said for failing to take any “effective measures to control” auto emission by phasing out commercial vehicles 15 years or older. The body also fined the government Rs 5 crore for failing to take steps to limit pollution. As per the public vehicles department (PVD), more than 1,200 buses and minibuses that are 15 years or older run on the roads of Calcutta and Howrah, violating the high court order.

What Delhi is doing?

Delhi grapples with air pollution every winter due to agricultural waste burning in winter, Ghosh says. But steps are being taken to curb the pollution as well.

In December 2018, the State Government of Delhi started the trials of zero emission and noise free Olectra-BYD’s 12 Meter electric bus – eBuzz K9 with a 35+1 (Driver) seating capacity in a bid to combat the increasing pollution levels in the capital city of India. Seeing the severity of air pollution levels, Environment Pollution Control Authority (EPCA) chief Bhure Lal ordered that the entry of truck traffic, barring essential commodities, into Delhi be stopped, from 11 pm on January 4 to 11 pm of January 5.  But will it be enough? It remains to be seen.

A recent study has also found that the Eastern Peripheral Expressway, which was launched in May 2018, has brought down vehicular pollution in Delhi by at least 7%.

A study by the World Health Organization revealed that 9 out of 10 people in the world breathe in the air containing high levels of pollutants and it kills 7 million people every year. The study also revealed that air pollution is principally responsible for non-communicable diseases (NCDs and causes 24 percent of all adult deaths from heart disease, 25 percent from stroke, 43 percent from chronic obstructive pulmonary disease and 29 percent from lung cancer.