For the saffron party, smarting after the defeat in the assembly election in which it emerged a distant second, the challenge will be to keep aside the internal differences and retain its ground among the urban electorate. 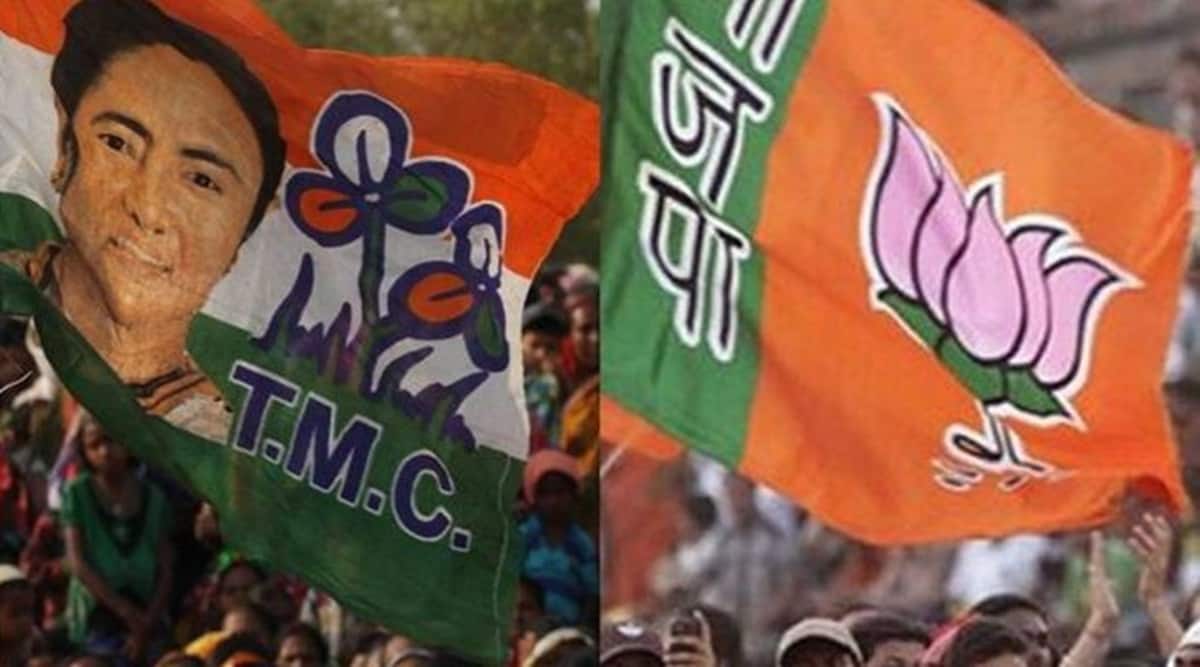 Incidentally, both TMC and BJP have a common adversary – the independents. (Representational image)

The KMC poll on Sunday has set the stage for a battle between the ruling TMC, seeking to hold its ground amid rumblings within it over the dropping several sitting councillors and the opposition BJP, for which the challenge is to snatch the second position in the city civic body from the CPI(M)-led Left Front.

BJP also faces the task of keeping its flock together after facing an exodus following the drubbing in the assembly poll. For the saffron party, smarting after the defeat in the assembly election in which it emerged a distant second, the challenge will be to keep aside the internal differences and retain its ground among the urban electorate. The internal differences within BJP have been out in the open for the past few months.

The civic poll, delayed due to the pandemic, will be an opportunity for the Trinamool Congress to effect a much needed image makeover after the 2018 panchayat election considering that it is trying to expand nationally. The rural poll that year was marked by widespread violence and the makeover will depend on its ensuring a peaceful KMC election.

The TMC leadership has to this end issued a warning to its candidates against any violence and has threatened to expel those found involved in it or not allowing free and fair polls.TMC had stormed back to power in West Bengal for the third consecutive term and swept all the 16 assembly segments in the city in the April-May assembly poll. It has been in power in the city civic body since 2010 and is expected to dominate the KMC election this time too, riding the momentum of its massive victory in the state poll and the recent UNESCO ‘Intangible Heritage’ tag for Kolkata’s Durga Puja.

The election in all the 144 wards of KMC will be held on December 19 and the counting of votes will take place on December 21.Buoyed by its performance in the assembly election, the party has decided to go for an image makeover and has dropped 39 ‘non performing’ sitting councillors. Some of them are fighting as independents or have become inactive in the poll campaign.

In the assembly poll, BJP’s vote share in the KMC area was 29 per cent, while in the state it was 38 per cent. In the previous edition of the KMC poll, which was held in 2015, TMC had won 124 wards, the Left Front 13, BJP five and Congress two.The ruling party, which has come out with a 10-point vision document for the civic polls, is hopeful of bagging more than 135 seats this time.

“The development that the TMC board (in the civic body) has brought about since 2010 and the state government since 2011 is enough to ensure our victory in the KMC poll. After our success in the assembly poll under the leadership of Mamata Banerjee, the party’s victory in the KMC polls is a foregone conclusion,” former Kolkata mayor Firhad Hakim, also a state minister, said. Unlike in the 2015 KMC poll campaign when TMC had gone to battle projecting the then mayor Sovan Chatterjee as its mayoral candidate, the

TMC has not announced the candidate this time.Although Hakim declined to comment on it, party sources said the TMC leadership this time decided against announcing any mayoral candidate as it did not want a “communal campaign to take shape”.”Had we projected Hakim as our candidate, then we would have seen BJP going to town over the Muslim mayor issue. We didn’t want that to happen, so we decided not to project anyone,” a senior TMC leader said.

Hakim, a trusted aide of party supremo Mamata Banerjee, had taken over as the mayor of Kolkata in December 2018 after Chatterjee resigned from the post and other ministerial positions due to personal reasons.In the 145-year-old history of Kolkata Municipal Corporation nationalists like Deshbandhu Chittaranjan Das and Netaji Subhas Chandra Bose and Bidhan Chandra Roy, also a former chief minister, had graced the mayor’s chair in pre-Independent India. Hakim was the first Muslim mayor of the city post-Independence.

The civic body was created during the British era in 1876 by bringing in the Calcutta Municipal Consolidation Act, 1876.The BJP, whose KMC election campaign lacked vigour, is hopeful that the party will come out with “astounding results” if free and fair election is held. “We wanted that the KMC poll be held in the presence of central forces. But now as the polls will be held under the state police, we are apprehensive about how elections will be held. If it’s free and fair, we are hopeful of coming out with astounding results,” BJP state president Sukanta Majumdar said.

Incidentally, both TMC and BJP have a common adversary – the independents. The independents are contestants who have been denied tickets by their respective parties and are contesting on their own both in north and south Kolkata.The Congress and Left Front, which failed to open their account in the state assembly for the first time since Independence and have been pushed to the margins of West Bengal politics, this time decided to contest the polls seperately.

Faced with an existential crisis, the CPI(M) has this time fielded young candidates from its Red Volunteers brigade — a group of Left activists in their twenties, who earned accolades for their humanitarian services during the lockdown.The Left Front is pinning its hopes on the young group to recover lost ground among the urban electorate in Sunday’s city civic poll.

“The Red Volunteers have wide acceptance among the masses. The vote share that they managed to secure in the last assembly poll was far higher than our average vote share. So this time during the KMC poll it was a conscious decision to field more young candidates,” a senior CPI(M) leader said He said CPI(M) aims to defeat both TMC and the BJP but at the same time conceded that retaining the number two position in the civic election would be its main challenge.

The Congress on the other hand is hopeful of good results.The BJP, Left Front and the Congress have focussed on alleged illegal constructions in the city, water logging and worsening law and order as the main planks in their manifestos for the KMC election. The ruling Trinamool Congress on its part have promised to improve facilities, which it asserted were put in place during its tenure in the last two terms.

During her brief poll campaign, Banerjee had stressed on providing “better and corruption free” civic services. The TMC supremo also said that the UNESCO heritage tag for the city’s Durga Puja was due to the efforts of the government and will be enough to sweep the polls.

According to political analyst Suman Bhattacharya the challenge before TMC is to ensure violence free elections, whereas for BJP it is a fight to prove its existence in south Bengal.”I will not be surprised if the Left secures a higher vote share or number of seats than the BJP in the KMC election,” he said.