Continuing his attack against Kejriwal, he claimed that the AAP supremo had little knowledge about the state and was “groping in the dark for fulfilling his lust of power”. 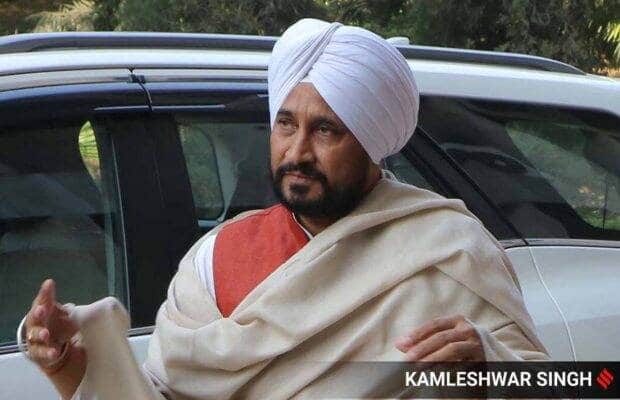 Punjab Chief Minister Charanjit Singh Channi on Friday called his Delhi counterpart Arvind Kejriwal a “power greedy outsider” who wants to rule the state and accused him of misleading Punjabis. Continuing his attack against Kejriwal, he claimed that the AAP supremo had little knowledge about the state and was “groping in the dark for fulfilling his lust of power”.

The Punjab chief minister also slammed former CM Amarinder Singh for his “myopic mindset” towards the poor.
“Kejriwal is a power greedy outsider, who desires to rule Punjab due to which he is trying to mislead Punjabis,” Channi said addressing a gathering here.

The Punjab chief minister said “Kejriwal and company” must remember one thing that history is witness to the fact that Punjabis love their land and people, and they would never allow any outsider to rule their state. “Besides being an outsider, Kejriwal is a rumour monger who knows nothing about the state but pokes his nose in everything,” he alleged.

Such type of “cheap” politics will never be successful in the state, a statement quoting Channi said.
He said the Kejriwal government has “failed” in Delhi whereas the Congress is delivering its best to people.
His remarks came a day after Kejriwal visited Pathankot ahead of the upcoming polls.

However, Channi alleged that instead of resolving the issues to give a reprieve to the poor and downtrodden, the “Maharaja” started victimising him. Channi said he continued his struggle for the common and underprivileged masses due to which the “haughty Maharaja” was ousted by the Congress party. He said only the Congress can take a “revolutionary” decision to oust a “Maharaja” and bestow responsibility of the chief minister to a common man.
However, he said this “revolution” can sustain only if all the needy people stand united to support the Congress.

Channi said the powerful elite class is conniving to destabilise this common man’s government by dividing the poor on sectarian lines. Attacking the Akalis, BJP and Amarinder Singh, Channi said they are “partners in crime” against the people of Punjab. “The trio of (Narendra) Modi, (Sukhbir Singh) Badal and Captain (Amarinder Singh ) had connived to pass anti-farm laws for jeopardising the interests of the state,” he claimed.

“An elite and unholy nexus of politicians across party lines had eluded power from the common man just to loot Punjab,” he alleged. He claimed that the members of this elite group like the Badals and Captain have a common bond in the form of their own vested interests.

They have been “willfully” doing this by enjoying the fruits of power in a game of musical chairs where the ruler changes after every five years but power remains in their hands, Channi added. However, Channi said now this nexus has been broken and the power is with the common man.

Next Story
Bhopal Gas Tragedy: 37 years on, children then not born scarred forever