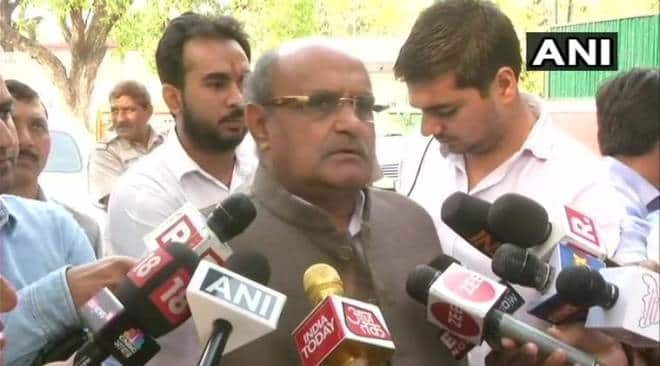 KC Tyagi said that his son, Amrish, only had a 'work-related' relation with the company and no financial transaction ever took place between them.

Senior Janata Dal-United leader KC Tyagi has issued a clarification over his son’s alleged involvement with British firm Cambridge Analytica in data mining scandal. Speaking to media, Tyagi said his son, Amrish, only had a ‘work-related’ relation with the company and no financial transaction ever took place between them.

“There was only a work relation between my son Amrish’s company and Cambridge Analytics, there is no financial transaction or shareholding, everything is open to probe,” he said. Tyagi further said his party, JDU, also has no links with the UK-based company, adding it did not promote the party in 2010 polls. He also said that Bihar Chief Minister Nitish Kumar never met the CEO of the company. “JDU has no relation with Cambridge Analytics, neither has its CEO ever met Nitish ji nor mem,” Tyagi said. “In any case JDU is a Socialist outfit and we stay away from such things, except for maybe Prashant Kishore ji helping us during last assembly polls,” he added.

Earlier, JDU had reportedly sought an explanation from Tyagi over Amrish’s link to the scam. On Thursday, media reports said that Amrish is the owner of Ovelina Business Intelligence (OBI), the Indian associate of Cambridge Analytica, which is under investigation over allegations of data breach of over 50 million Facebook users. Several media reports claimed OBI was working in association with SCL Group, the parent company of Cambridge Analytica. The two companies had formed a company — SCL India.

Firm’s official website had listed JDU, Congress and the BJP, as its client. The development came a day after a major row erupted when BJP and Congress exchanged charges of manipulating data to win elections. On one hand, BJP accused Congress of “data theft” to woo voters ahead of 2019 Lok Sabha polls, on the other, the Congress hit back alleging that the “BJP’s factory of fake news has produced one more fake product”. Congress accused BJP of hiring the services of the firm’s Indian arm in several elections, including in 2014 Lok Sabha polls.