Karnataka legislative council elections 2021: The polling on Friday will start at 8 am on Friday and conclude at 4 pm. The counting of votes will be held on December 14. 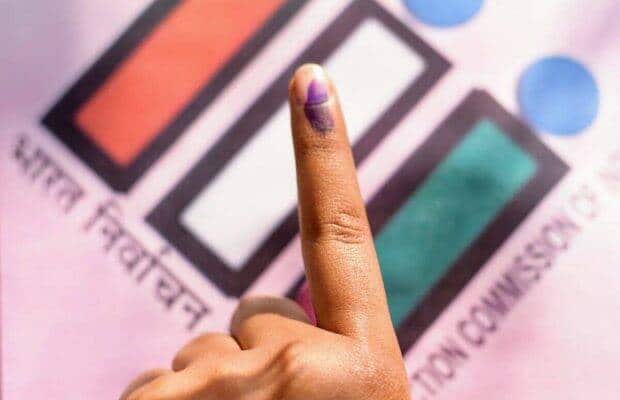 Karnataka legislative council elections 2021: The polling on Friday will start at 8 am on Friday and conclude at 4 pm. The counting of votes will be held on December 14.

Biennial elections to 25 legislative council seats, whose term ends on January 5, 2022, will be held on December 10 and the results declared on December 14. The biennial polls to the Council from 20 local authorities’ constituencies for 25 seats were announced by the Election Commission last month.

The polling on Friday will start at 8 am on Friday and conclude at 4 pm. The counting of votes will be held on December 14.

The members whose term is coming to an end include Social Welfare Minister and House Leader Kota Srinivas Poojari, Deputy Chairman M.K. Pranesh, Leader of the Opposition S.R. Patil, former Chairman K. Prathapachandra Shetty, senior Congress leader K.C. Kondaiah, Chief Whips of BJP, Congress, and JD(S) Mahantesh Kavatagimath, M. Narayanswamy, and Appaji Gowda, respectively. The tenure of Congress’s member Srinivas Mane also comes to an end on January 5. He has been elected to the Assembly in the bypoll from Hangal.

The elections are being seen as a big opportunity for the BJP to get a majority in the 75-member House, and comes after the bitterly contested byelections to Hangal and Sindgi Assembly constituencies.

Currently, the Upper House has 32 BJP members, 29 Congress members, and 12 Janata Dal (Secular) members, one Independent member, and the Chairman.

Of the 25 members retiring from the House, the maximum are from the Congress (13), which wrested Hangal Assembly constituency from the BJP, followed by the BJP (6), JD(S) (5) members, and the Independent.

Earlier this week, JD(S) leader HD Kumaraswamy had ruled out an alliance with the BJP, saying the decision was taken keeping in mind the prospects for the 2023 Assembly election. He also clarified that there is no alliance now or in the future with other parties.

A meeting between PM Narendra Modi and JD(S) patriarch HD Deve Gowda in New Delhi on November 30 had intensified rumours of some kind of understanding between the two parties for the Legislative Council polls.