AAP government has stated that the allegedly doctored footage incited people to resort to violence and also led to the attack on JNUSU president Kanhaiya Kumar in the court premises on February 17. 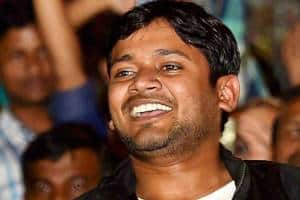 Citing news reports, forensic reports and the fact-finding report submitted by the New Delhi district magistrate that stated that three of the seven video clips were found to be doctored, the Delhi government has sought examination of its complaint under Section 200 of the Code of Criminal Procedure. It has urged the court to take cognizance of the offences and “summon, try and punish” the accused.

The 12 respondents include editors-in-chief, managing directors and directors of the organisations named in the complaint.

Although Times Now is not named as an accused in the complaint, the AAP government has stated that the allegedly doctored video was shown on the channel on an electronic device held by BJP spokesperson Sambit Patra, who was a guest on a show on the channel on February 17.

“The accused knowingly and with malicious intent have caused damage and/ or injury to the students of JNU and to the JNU institution and have disrupted communal harmony, public tranquility and security in Delhi by transmitting a forged/ fabricated/ doctored/ altered video(s ). These video(s) are forged/ fabricated/ altered in material form. It is evident that the doctoring, use, dissemination and broadcast of these videos was deliberate and intentional and the accused persons thus created false document(s). They have used the… false documents as genuine. The accused persons are therefore liable for prosecution under Sections 465 (punishment for forgery) and 471 (using as genuine forged document or electronic record) of IPC,” said the government in its complaint.

“The CM and our government has made it clear that if someone has acted against the law, we will take action. We cannot allow persons holding responsible positions to create an environment that is untrue. People believe what is reported by TV channels and newspapers. Media needs responsible handling. You cannot create doctored videos and package them and show them as true. It’s not allowed,” said Rahul Mehra, standing counsel for the Delhi government.

The matter is scheduled to be heard on Monday.

The AAP government has stated that the allegedly doctored footage incited people to resort to violence and also led to the attack on JNUSU president Kanhaiya Kumar in the court premises on February 17.

“It is further submitted that the accused have committed offences under Section 468 (forgery for purpose of cheating) r/w 415 (cheating) as the forgery was committed with the intention of cheating. It was deliberately intended in the use of the forgeries to induce the persons so deceived to do or omit to do anything which would cause, and did cause, damage or harm to those persons in body, mind, reputation or property, including, but not limited to, those who were induced to attack Mr (Kanhaiya) Kumar and others in the Patiala House Courts and elsewhere. Professional lawyers and elected representatives were induced to commit attacks that were damaging to their body, mind, and/ or reputation,” said the Delhi government.

“The videos telecast by the accused channels were tampered, forged and/ or of unverified authenticity with criminal intent. News channels, from their internal, community and statutory standards, have a duty to the state as well as the public, to exercise due diligence not only with regard to their statements, but also the content displayed on their news channel, a duty more important when the statements and content would incite people or a section thereof to violence or breach of public tranquility,” it said.

The telecast of the allegedly doctored videos, the Delhi government claimed, led to breach of peace with mobs gathered outside JNU and the deployment of large police teams at the university. “The image of India and Delhi as a country and a city governed by the rule of law was tarnished,” said the government.

By altering or tampering with the video clips, the government claimed, the news channels also violated the provisions of the Information Technology Act, 2000. “It is apparent that the accused channels and the anchors showed the videos deliberately, without verification or authentication, bypassing even minimum standards of broadcasting and journalism, with malicious intent,” said the petition.