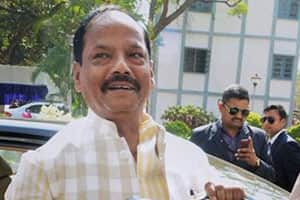 Das, however, stressed that there should be no violence in the garb of cow vigilantism and said cattle smugglers may be involved in the recent events of violence over cow protection

Jharkhand Chief Minister Raghubar Das today said the state will impart skill training to at least 20 lakh youth in the next five years and efforts are on to set up 500 skill training centres to achieve the target.

The centres would train students and the unemployed among others and priority would be given to Schedule Tribe and Schedule Caste youth, an official release said quoting Das at a meeting here.

Stating that skill training was a top priority of the state government, Das said training would also be connected
with high schools, specially to train students of class IX and above to help them select their career.
He said skill training was an important scheme of Prime Minister Narendra Modi and self-employment could come
through skill development.

The Jharkhand Skill Training Mission Society, which is now under the Labour Department, would be shifted to Higher Education and Science and Technology department for better coordination in education, the release said.
The Minister of Labour, Employment, Training, Skill Development Raj Paliwar, Chief Secretary Raj Bala Verma,
Principal Secretary to the Chief Minister Sanjay Kumar, Principal Secretary of the Labour department M S Bhatia and other officials attended the meeting.

Next Story
Government not providing basic facilities to the people of Jammu: National Conference