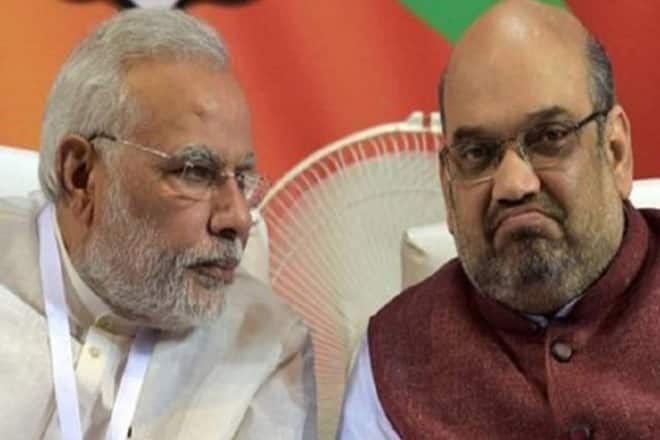 Jharkhand Assembly elections were being seen as a litmus test for the BJP leadership. (File Photo/PTI)

Jharkhand Election Results: The Bharatiya Janata Party failed to retain power in Jharkhand despite two of its star campaigners – Prime Minister Narendra Modi and Home Minister Amit Shah – holding a series of rallies across the five phases of the assembly election to woo the voters. While PM Modi held 10 rallies, Amit Shah spoke at seven. Here’s how the BJP performed on seats where the two leaders campaigned for the party.

Amit Shah campaigned on Manika and Lohardaga seats in the first phase, however, the BJP failed to win any of them. Both the seats were grabbed by the Congress. Similarly in the second phase, BJP state president Laxman Gilua lost from Chakradharpur seat, party candidate from Bahragoda seat Kunal Shadangi too had to face defeat despite the Hom  Minister campaigning for him. Amit Shah skipped the third phase of campaigning but was back for the fourth phase. He held rallies in Giridih, Deoghar and Baghmara. The BJP won Deoghar, Baghmara seats but party candidate Nirbhay Kumar Shahabadi lost Giridih seat.

The Congress, which won a total of 16 seats, had contested the Jharkhand Assembly election as part of the Jharkhand Mukti Morcha-led alliance which also includes Lalu Yadav’s RJD. While the JMM won 31 seats, RJD could get just one. JMM’s working president Hemant Soren is likely to be sworn in as Jharkhand CM next week.
The BJP’s loss in Jharkhand, which is the fifth state the party has lost power since December 2018, has certainly dented the ‘invincible’ tag  the duo of PM Modi, Amit Shah has enjoyed since 2014.
More Stories on
Jharkhand Assembly Election 2019