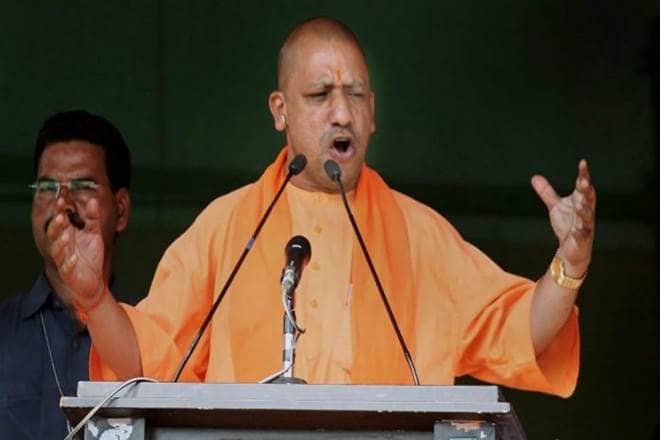 Yogi Adityanath also mounted a scathing attack on Congress on the amended citizenship law and alleged that Congress speaks the language of Pakistan.

Uttar Pradesh Chief Minister Yogi Adityanath stirred a controversy when he reportedly sought a contribution of Rs 11 and a stone from each family for construction of grand Ram temple in Ayodhya while addressing an election rally in Jharkhand.

This is the first time that a BJP leader of such stature has asked people to contribute for the construction of temple.

“Very soon, a grand Ram temple will be built in Ayodhya. Every family should contribute Rs 11 and a stone for the Ram temple,” Adityanath said while addressing the rally in Bagodar in Jharkhand.

Yogi Adityanath attacked the opposition parties, saying Congress, RJD, CPI-ML and some other parties did not want a solution to the prolonged dispute.

The Supreme Court delivered a landmark verdict on November 9 and handed over 2.77 acres of disputed Ayodhya land to Ram Lalla, a party in the title dispute case. The apex court also ruled that the Sunni Waqf Board be allotted five acres of land, in a “suitable, prominent place in Ayodhya”, to build a mosque.

Appealing to people to vote in favour of BJP candidates in Jharkhand elections, the Uttar Pradesh Chief Minister said, “I come from the state which gave Lord Ram and his system of governance was called Ram Rajya, a system where polices are made keeping in mind the villages, poor, youth, women and every section of the society without creating any differences. The same work is being done by the Prime Minister Narendra Modi.”

Yogi Adityanath also mounted a scathing attack on Congress on the amended citizenship law and alleged that Congress speaks the language of Pakistan.