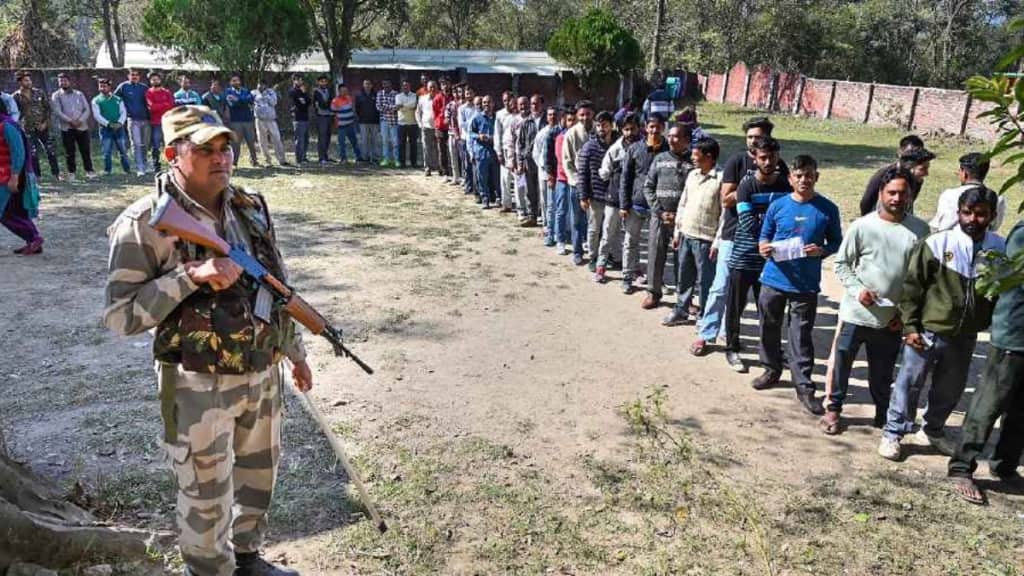 Himachal Election Results For Jaswan-Pragpur, Darang, Hamirpur Una Highlights: The results of the Himachal Pradesh Assembly Election will be announced by the Election Commission today. The counting of the votes for the 68 seats will begin at 8 am. After the initial round of postal ballots, the EVMs will be opened for the counting of the votes. Here are four major constituencies that we will be closely watching today.

First we have Darang. This Assembly seat from Mandi will witness a direct contest between the incumbent BJP and the main Opposition Party – the Congress. Darang’s current MLA Jawahar Thakur was dropped by the BJP. Instead, the BJP has fielded Puran Chand. Whereas the Congress gave ticket to Kaul Singh Thakur, who was the distant second in 2017 polls.

Next we have Jaswan-Pragpur. This legislative Assembly  Constituency from Kangra region of Himachal Pradesh was won by the ruling BJP in 2017 elections.

Moving on, we have Una. This seat was won by the Congress party in the 2017 Assembly polls, the data shows. It was a close fight, but INC’s Satpal Singh Raizada had defeated BJP’s Satpal Singh Satti by nearly 4,000 votes.

And finally, this live blog will track the latest from the Hamirpur Assembly seat. This was one of the seats that the ruling BJP had won back in 2017. How close is the real picture from the post-poll surveys? Let’s find out as we bring all the action from Himachal Pradesh:

Jaswan-Pragpur is also among the seats that the BJP has bagged despite strong show by the Congress. BJP's Bikram Singh has won Jaswan-Pragpur by defeating INC's Surinder Singh Mankotia by a margin of 1789 votes.

BJP's Satpal Singh Satti has defeated INC's Satpal Singh Raizada by a margin of 1736 votes. Una is among those constituencies that have voted for the BJP against the traditional pattern of voting for the Opposition party. It was a pro-incumbency in Una.

BJP's Puran Chand has defeated the Indian Nation Congress's Kaul Singh by a very slim margin of 618 votes. This was a very close contest but ultimately the BJP was able to buck the trend.

As against the pro-Congress trend in Himachal, BJP's Puran Chand is maintaining slim lead in Darang. Latest Election Commission data shows that Chand has got 50.03 per cent votes. However, Congress' Kaul Singh is not very far behind with 48.65 per cent votes.

It seems dropping the sitting MLA cost the BJP its political fortune in Darang. As of now, the Congress is leading in Darang

The official results by the Election Commission of India show that the Congress has won 40 seats in Himachal Pradesh.