A 30-year-old Jammu woman who is reportedly a big fan of Prime Minister Narendra Modi donated her entire alimony to Swachh Bharat Kosh for a clean and healthy India. 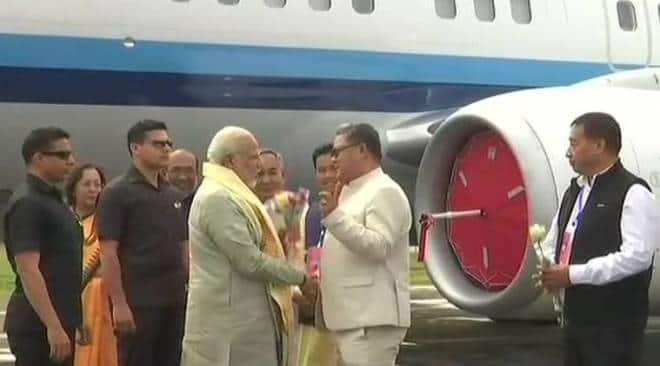 A 30-year-old Jammu woman who is reportedly a big fan of Prime Minister Narendra Modi donated her entire alimony to Swachh Bharat Kosh for a clean and healthy India. Dr Megha Mahajan, who is a 30-year-old, got into a legal battle with her husband in 2011. Six years later when she finally won the case, Mahajan decided to donate her entire alimony of Rs 45 lakh to Swachh Bharat Kosh, according to a report by DNA.

Mahajan, who is a dental surgeon, said that she had received the amount last year in November after the divorce settlement and decided to give it away as she is a huge fan of PM Modi. “I am a big fan of Prime Minister Narendra Modi and he is doing such a wonderful job for India. I thought I would donate the money for a Swachh Bharat as there isn’t a better cause than this,” she said.

Mahajan said that she wanted to prove all those people wrong who believe that women extort money under the pretext of alimony. She added that even though she fought for it, she had decided that she won’t take a single penny to silence people.

Mahajan is a resident of Haridwar and was married to a man from Jammu. The 30-year-old surgeon said that she got a good value system and education from her parents and has no regrets about donating the money.

Apart from donating the money, Mahajan also wrote to the Swachh Bharat committee about a water and air purification project and hopes that it will be considered.

The initiative was launched by Prime Minister Narendra Modi at Rajpath in New Delhi on October 2, 2014 with an aim to make India clean by 2nd October 2019, the 150 birth anniversary of Mahatma Gandhi. Since then, he has urged the people of India to actively take part in the mission, often setting an example himself.

He has also praised the efforts of people and various departments during his radio programme ‘Mann Ki Baat’ and on social media platforms.