Jammu and Kashmir: Government should hold polls at the earliest, says US

This is a clear evolution of the US administration’s position, especially weeks before the Prime Minister is scheduled to travel to the US for the United Nations General Assembly in New York. 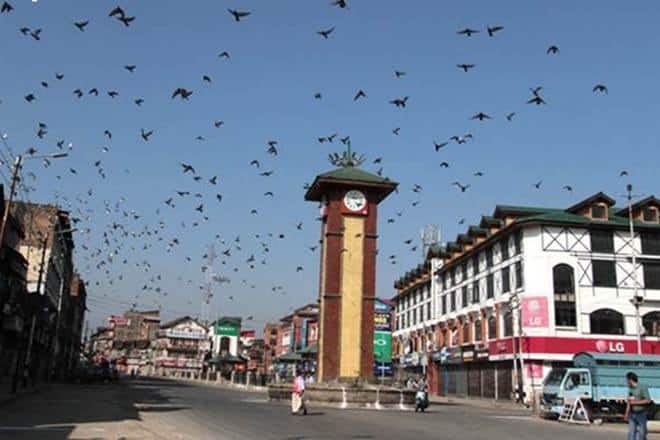 A month after political leaders were detained and communication restrictions were put in place in Jammu and Kashmir, the US on Friday expressed concern over the “widespread detentions” and “urged” authorities to “respect human rights”. Washington has also asked Indian authorities to “resume political engagement with local leaders” and hold “elections at the earliest”.

This is the strongest statement by the US administration so far on the Centre’s move to scrap Jammu and Kashmir’s special status, and comes almost 11 days after US President Donald Trump had said on August 26 he had discussed the issue on August 25 over dinner and had said Prime Minister Narendra Modi “really feels he has it under control”.

Responding to questions, US State Department spokesperson Morgan Ortagus said: “We continue to be very concerned by widespread detentions, including of local political and business leaders, and the restrictions on the residents of the region. We are also concerned about reports that Internet and mobile phone access continues to be blocked in certain regions.”

“We urge authorities to respect human rights and restore access to services such as the Internet and mobile networks. We look forward to the Indian government’s resumption of political engagement with local leaders and the scheduling of promised elections at the earliest opportunity.”

This is a clear evolution of the US administration’s position, especially weeks before the Prime Minister is scheduled to travel to the US for the United Nations General Assembly in New York.

But, Friday’s comments —released by the US embassy in Delhi, in response to questions — indicate that this approach is very different from the US position on August 6, when it had said they “take note” that the Indian government has described these actions as strictly an internal matter.

They had said they were concerned about reports of detentions and urge respect for individual rights and discussion with those in affected communities.

Last month, on the sidelines of the G-7 meeting in Biarritz in France, Modi had said that all issues with Pakistan are bilateral and India doesn’t bother any other country about them. “India and Pakistan were together before 1947 and I’m confident that we can discuss our problems and solve them, together,” he said.

Trump had said: “We spoke last night about Kashmir, the Prime Minister really feels he has it under control. They speak with Pakistan and I’m sure that they will be able to do something that will be very good… I have a very good relationship with both the gentlemen (Modi and Khan) and I’m here. I think they can do it (resolve the issue) themselves.”

Foreign Secretary Vijay Gokhale had said there was no discussion on J&K at the meeting between Modi and Trump that followed — their second in 2019, two months after they last met in Osaka on the sidelines of the G-20 summit in Japan.