Congress leader Ghulam Nabi Azad alleged that the government was deliberately not taking any action against those creating unrest because they are ruling party members. 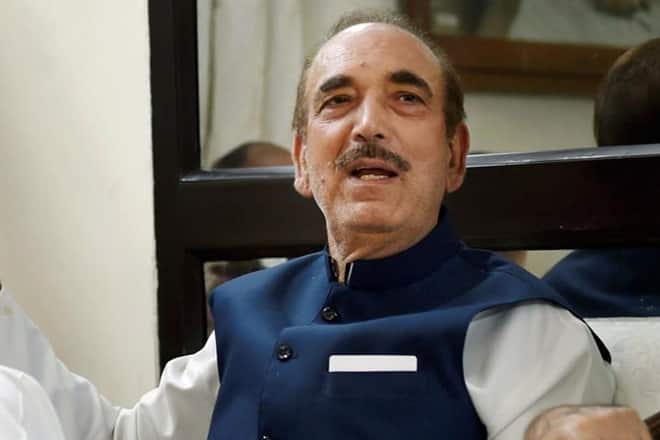 Ghulam Nabi Azad alleged that the Modi government is not taking action against those involved in violence because they are the ruling party members.

Senior Congress leader Ghulam Nabi Azad on Friday demanded stern action against the man who opened fire in Jamia area of Delhi yesterday during the anti-CAA protest. Azad alleged that the government was deliberately not taking any action against those creating unrest because they are ruling party members.

Blaming the BJP directly for violence, he said, “This is all happening with the approval of the government. Action should be taken against that Jamia shooter as well as those masked people (at JNU). They were people of the ruling party. There is no action against them.”

Congress MP Shashi Tharoor too blasted the BJP for chaos in Delhi over the citizenship law. He said that Thursday’s incident of firing in Jamia was a matter of grave concern and the government should be held responsible for creating an environment of hate. He said that the BJP is spread hate and practicing divisive politics.

“This government is also responsible for creating a climate of hatred in which people feel that they are empowered to fire guns at peaceful protesters. It is really shocking and very disappointing,” he said.

Tharoor said that the Delhi Police which comes under the purview of the Ministry of Home Affairs should take action.

A minor was arrested yesterday afternoon from Jamia area of south Delhi where he opened fire on anti-CAA protesters. He had also raised slogans like ‘ye lo azadi’ and ‘Delhi Police zindabad’.

Soon after the incident took place, the Congress party said on its official Twitter handle that the man was motivated by BJP leader Anurag Thakur’s speech during an election rally. Thakur had raised slogans which translated into “shoot the traitors”, inviting a 72-hour ban from the Election Commission.

“What kind of police force is Amit Shah running? Delhi police is standing idly by as a man shoots at peaceful protestors. Is this what BJP leaders like MoS Finance, Anurag Thakur intended? Creating an armed militia of radicalised youth,” the Congress tweeted from its official handle.