There was loud applause when BJP MP Om Birla, who is the NDA’s nominee for Lok Sabha Speaker’s post, entered the House and later when he got up to take oath. 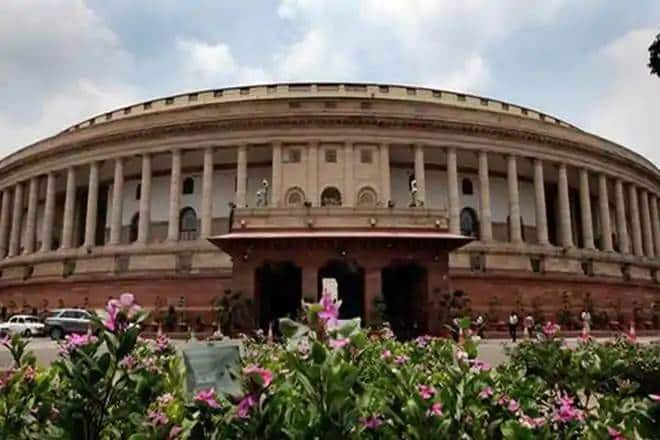 A virtual slogan-shouting contest between the treasury and opposition benches overshadowed the second round of oath taking by members in the 17th Lok Sabha on Tuesday with some raising religious slogans like ‘Jai Shri Ram’ and ‘Allahu Akbar’ and one MP chanting ‘Inquilab Zindabad’. As the linguistic diversity was on fully display in a repeat of the opening day of the maiden session of the new Lok Sabha, Congress leader Sonia Gandhi and Samajwadi Party patron Mulayam Singh Yadav were among the top leaders who took the oath.

Over 200 MPs were administered the oath by pro-tem Speaker Virendra Kumar, a seven-term BJP MP. On Monday, 320 MPs took oath. Some members in the existing House strength of 542 who missed the ceremony will take the oath later. As members kept engaging in raillery, the sloganeering went unabated when they ignored the Chair’s direction to refrain from raising the slogans.

All India Majlis-e-Ittehadul Muslimeen (AIMIM) president Asaduddin Owaisi was greeted with slogans of ‘Jai Shri Ram’, ‘Bharat Mata Ki Jai’ and ‘Vande Mataram’ from the treasury benches when the Hyderabad MP moved to take his oath. After taunting the saffron camp with hand gestures to continue with their sloganeering, Owaisi responded by saying ‘Jai Bheem, Jai Meem, Takbeer Allahu Akbar, Jai Hind’ after he read out his oath.

‘Jai Shri Ram’ and ‘Bharat Mata ki Jai’ slogans were also raised while chairperson Sonia Gandhi took oath in Hindi. Sonia’s son and Congress President Rahul Gandhi appeared to be capturing the moment on his mobile phone from the opposition benches. While there was loud thumping of desks by the Congress members, voices were heard from the BJP benches thanking Sonia for taking oath in Hindi. Immediately after Sonia, BJP MP and former minister Maneka Gandhi was administered the oath and she and her sister-in-law Sonia Gandhi greeted each other with folded hands. Accompanied by his son and Samajwadi Party president Akhilesh Yadav, an ailing Mulayam, 79, was brought to the House in a wheel chair and was allowed to take oath on priority from his seat due to health considerations. There was loud applause when BJP MP Om Birla, who is the NDA’s nominee for Lok Sabha Speaker’s post, entered the House and later when he got up to take oath.

Some members especially from West Bengal began their oath with sloganeering despite the presiding officer ruling that no slogans will go on record. When the members, especially those belonging to Trinamool Congress, took oath, those from the treasury benches taunted them with ‘Jai Shri Ram’ slogan. TMC members countered with slogans like ‘Jai Hind’, ‘Jai Bengal’, ‘Jai Maa Durga’ and ‘Jai Mamata’. Kalyan Banerjee recited ‘Durga Path’ after concluding his oath while his TMC colleague Abu Taher Khan began his oath with ‘Bismillah, ar-Rahman, ar- Rahim’ and ended with ‘Allahu Akbar’. As West Bengal Chief Minister Mamata Banerjee’s nephew Abhishek Banerjee’s name was called for oath, BJP members chanted ‘Jai Shri Ram’. Responding to chanting by treasury benches, he said even Modiji is not so much popular in the House.

BSP member Shyam Singh Yadav concluded his oath with ‘Jai Bheem, Jai Bharat and Jai Samajwad’. The Chair repeated in vain the pleas to the members not to raise slogans. Rahul Gandhi also went on to ask BJP’s Arun Kumar Sagar, who chanted ‘Bharat Mata ki Jai’ twice, to raise the slogan “one more time”. Gandhi again repeated “one more time” after the next BJP MP Ajay Kumar also raised the slogan of “Bharat Mata ki Jai”. Kumar then retorted that he will raise the slogan again if Gandhi can complete it by chanting ‘Jai’ following which Gandhi said “Jai Hind” and was joined by other Congress members. BJP MP from Mathura Hema Malini concluded her oath with ‘Radhey, Radhey’ and a phrase from shloka in praise of Lord Krishna. Aam Aadmi Party’s lone MP Bhagwant Mann exchanged words with members of treasury benches as he ended his oath with the slogan ‘Inquilab Zindabad’.

When a DMK member hailed Periyar, Kaliangar, and Ambedkar, the Chair said only the prescribed format should be taken on record. CPI member K Subbarayan raised the slogan ‘Long Live Secularism, Long Live India’. Dressed in jeans, white shirt and blazer, actor Sunny Deol, a first-time MP, took oath in English amid cheers and slogans like ‘Bharat Mata ki Jai’ from the treasury benches. The BJP MP from Gurdaspur smiled and quickly rectified his mistake after he said “withhold the sovereignty and integrity of the country” instead of “uphold the sovereignty and integrity of the country”. Two members–Bhagirath Choudhary, Jagdambika Pal–had to read the oath twice.