In an explosive claim before a Bengali media channel, Trinamool spokesperson Kunal Ghosh, while maintaining that Chatterjee should be punished if found guilty, put forth another incident he felt could be relevant to the senior minister’s arrest. 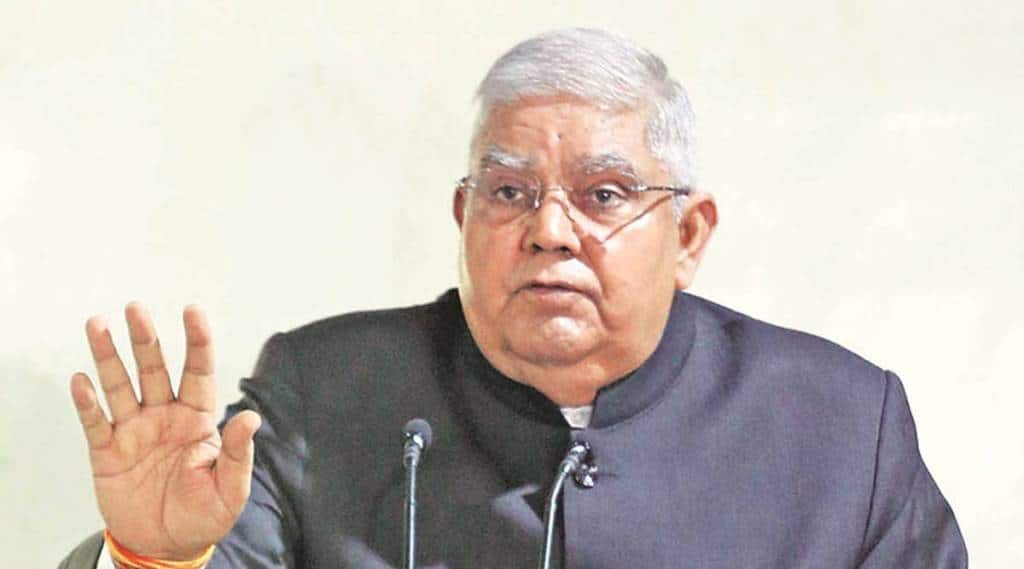 The arrest of West Bengal Commerce minister Partha Chatterjee and his aide Arpita Mukherjee by the Enforcement Directorate for their alleged role in the teachers’ recruitment scam has left the Trinamool Congress on the backfoot. After Mamata Banerjee’s attempts to dissociate from the embattled leader by suggesting that corruption should not go unpunished, the ruling party on Tuesday wondered if Chatterjee’s arrest had anything to do with an alleged threat issued by then Bengal Governor and current NDA vice-presidential candidate Jagdeep Dhankhar.

In an explosive claim before a Bengali media channel, Trinamool spokesperson Kunal Ghosh, while maintaining that Chatterjee should be punished if found guilty, put forth another incident he felt could be relevant to the senior minister’s arrest.

Ghosh recalled the time he visited the outgoing Governor along with a party delegation before he was leaving the Raj Bhavan. “While talking about several issues, Dhankar suddenly said that many TMC leaders have said a lot of things against him. However, Chatterjee had attacked his wife, who he said had nothing to do with politics. Dhankar was adamant that he will not spare Chatterjee and took the attack personally,” Ghosh said.

According to Ghosh, his colleagues Tapas Roy, Bratya Basu and Shashi Panja were also present when the remarks were made. “They also tried to make Dhankar understand that even if the party had attacked him on several issues, they had never targeted his family. However, Dhankar said that Chatterjee had done exactly that, said Ghosh, while adding, “I am not saying that these two events are interrelated, but I just put these two events in front of everybody. I believe it is very significant.”

Chatterjee, who was arrested three days ago has been sent to ED custody till August 3. His party has maintained that they have no connection with the money that was seized from Arpita Mukherjee’s flat. Ghosh has also said that Mukherjee is in no way connected to the party. Chief Minister Mamata Banerjee had also said that she wouldn’t mind if Chatterjee is sentenced to life imprisonment if he is found guilty.