The Supreme Court is scheduled to proceed with hearing in the case on Tuesday where the Karnataka government has challenged NGT order passed on May 04, 2016. 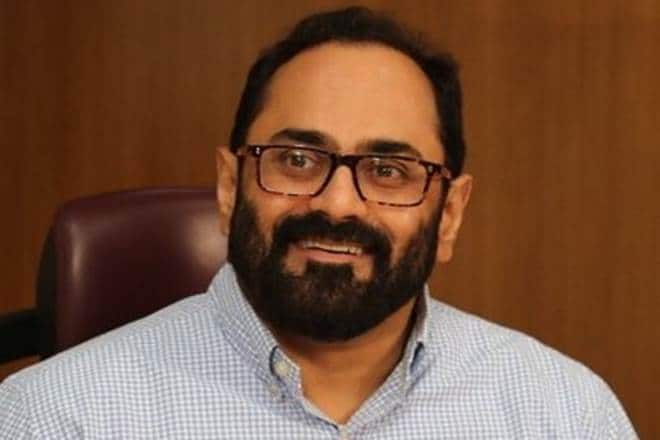 BJP MP Rajeev Chandrasekhar on Monday termed Bengaluru’s Lake Buffer Zone case as a ‘fight between David and Goliath’. The Supreme Court is scheduled to proceed with hearing in the case on Tuesday where the Karnataka government has challenged NGT order passed on May 04, 2016.

Chandrasekhar said that the Karnataka Government and the group of builders have decided to bring in a volley of legal-heavyweights in their attempt to quash the NGT Judgement. “The big David vs Goliath fight that has gone all the way to SC. Builders (supported by Rahul Gandhi’s govt) with their 6-7 big expensive lawyers are trying to overturn NGT order with only citizen groups like Namma Bengaluru Foundation to defend and protect Bengaluru,” Chandrasekar said.

The Rajya Sabha MP added that Karnataka government and G Parameshwara’s support to these big builders exposes Rahul Gandhi’s hypocrisy. “They are destroying and/or stealing the future of Bengaluru in front of our own eyes,” he said in a written statement.

On May 04, 2016, the NGT, Principal Bench passed a judgement specifying buffer zone of 75 metres in case of lakes, 50 metres for primary, 35 metres for secondary and 25 metres for tertiary raja-kaluves to be maintained from the edge of these water bodies. In its judgement, the environmental court observed that these buffers are absolutely essential for sustainable development of the environment of the area in question. These buffer zones were directed to be maintained as green belts, and as ‘no construction zone’ for all intent and purposes.

Follow us on
Latest News
Sebi fines 6 entities in Deutsche Mutual Fund front-running case
Bank of America suggests Bitcoin usage as a “safe haven,” in relation to gold
Income tax portal’s updation earlier this fiscal won’t impact benefits availed by Udyam MSMEs: Govt
Who is Rishi Sunak? Meet UK’s 57th Prime Minister
Premium, mid-end products lift festive sale spirit amid inflation woes
Apple, Microsoft, Amazon not exposed to a similar trend in digital advertising spending as Snap, Meta and Alphabet
Salma Hayek wishes ‘Sush’ Diwali and instantly gets a spell check from Internet
Photos
In Pictures: PM Modi in Kargil to celebrate Diwali with soldiers, says, ‘All of you have been my family for years now’
1 day agoOctober 24, 2022
In Pictures: PM Modi inaugurates Deepotsav in Ayodhya; World record set by lighting of over 15 lakh diyas
1 day agoOctober 24, 2022
PM Modi in Kedarnath, Badrinath: Here are some photos of the visit
3 days agoOctober 22, 2022
Read More
×
On Rishi Sunak, Shashi Tharoor wonders if India will ever have PM from minority community; gets trolled
Coimbatore blast case: UAPA invoked after terror angle emerges, NIA likely to take over probe
Delhi: Fire department sees 32 percent rise in fire-related calls during Diwali from last year
Supreme Court notice to Centre on plea against supply of electoral roll to candidates
Communal violence erupts in Vadodara over Diwali celebrations, 19 detained
Apple iOS 16.1 now rolling out for iPhones: How to install update, top features, and everything else you need to know