Is Yogi Adityanath anti-Muslim or victim of media bias? This fact about Gorakhpur Mutt shows his real face

Much has been said about new Uttar Pradesh Chief Minister Yogi Adityanath in the last two days. But, not everything is true. 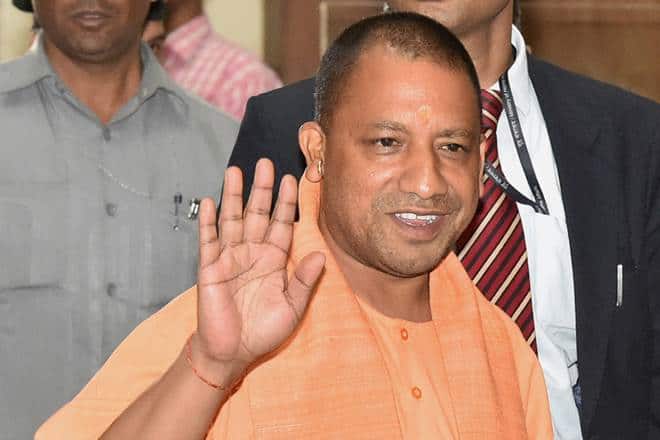 Adityanath, who is 5-time from UP's Gorakhpur, was sworn-in as the 21st chief minister of Uttar Pradesh on Sunday. (PTI Photo)

A lot has been said since the name of new Uttar Pradesh Chief Minister Yogi Adityanath was announced by BJP for the post. Most of the intellectuals, senior journalists, political commentators and opposition leaders have shown their dismay over the elevation of Yogi to the top post in politically crucial Uttar Pradesh. Yogi’s past public speeches have been circulated on social media and news channels to prove he is essentially anti-Muslim and the minority population in the state would now be treated as second-class citizens, that they will have to live in fear throughout Yogi’s tenure.

However, few facts about Yogi’s popular Gorakhpur Mutt show the other side of his personality which many may find surprising. Since the age of 22, Yogi has been associated with the Mutt, which is spread in over 60 acres of land. The Mutt is like a kind of social labouratory which employs people from all castes and community, including Muslims without bias.

Yogi, who became the sole custodian of the Mutt a few years ago after the death of his political and spiritual guru, Mahant Avaidyanath, runs Janata Durbar for two hours daily to solve the problems of visitors, including Muslims. There is a saying that a letter from Yogi can get any problem solved in and around Gorakhpur. In his absence, the letters are issued in the name of Yogi by his associates.

Recently, Yogi had also helped solve a dispute over a Mosque land, which was encroached upon illegally, when approached by a few locals.

On the premises of the Mutt, Yogi tends a number of pets including cows, dogs and, some reports say, even monkeys.

The facts of the Mutt show that Yogi has been wrongly painted as anti-Muslim by the media. His followers say that Yogi does not oppose Muslims but Wahabi Islam, which is believed to be behind the rise of terrorism across the world.

A number of workers at the Mutt are Muslims.

In a report today, The Indian Express has shown how a number of Muslims visit Yogi’s Durbar for help, to get a letter signed by him.

“It does not matter who the chief minister is. This letter does the job for whoever comes here. Here, you are not told to come back tomorrow, the day after, or the day after. And officials do not disregard what Maharaj says.” said Shamsher Alam, who went to the Durbar to get a letter to get his waitlisted railway ticket confirmed so that he could reach Delhi on time for his ear surgery.

Among the many visitors at the Mutt was one Chaudhary Kaiful Waraq, who visited there to get a recommendation for inclusion of his name in the government quota for Haj pilgrims. “Some time ago, we had come here seeking resolution of a dispute over some land belonging to a mosque, which was being encroached upon. It was resolved by Maharaj,” Waraq told IE.

At the Mutt, Zakir Ali Waarsi, 51, heads the section that keep land records. “I do not know about public perception, politics or public speeches, but I have been working here since 2004 and some of the most important land documents are kept with me,” Ali told IE.

Mohammad Moan takes care of the cow shelter, while Mohd Yaseeen, 70, is looking after the construction work at the Mutt and it properties located outside.