On the charges over the former liquor baron Vijay Mallya, the Interpol has today virtually ruled out the red color notice aginst the beleaguered businessman. 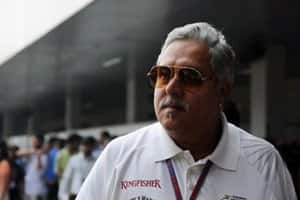 The SC was to hear a plea filed by a consortium of banks led by the State Bank of India(SBI) against Vijay Mallya for the recovery of an amount, that is more than Rs 6,000 crores. (Reuters)

On the charges over the former liquor baron Vijay Mallya, the Interpol has today virtually ruled out the red colour notice aginst the beleaguered businessman. Being dissatisfied by the charges pressed by the electoral directorate, the Interpol is of the opinion that the given evidences are not enough to rule a red corner notice against Mallya.

The ED is now seeking the help of the Mutual Legal Assistant Treaty to react to the matter and the extradition process by the MLAT can be executed only after a charge sheet is filed against Mallya. The CBI is yet to file a charge sheet on the business tycoon and his company, United Brewers (Holding) Limited for allegedly diverting Rs 430 crore from an IDBI Bank Ltd loan to his Kingfisher Airlines Ltd to purchase properties overseas.

Vijay Mallya had been under investigative surveillance for financial scandals, defaulting loans and other controversies. Over allegedly making a payment of 2 million dollar for displaying the Kingfisher logo in the Formula One World Championships, Mallya will be heard on November 4.

Mallya had been out of India from 2nd March, and after cases several cases of money laundering and financial frauds, the Ministry of External Affairs has revoked his passport on April 24.