The information and broadcasting minister was responding to remarks by Rajasthan Chief Minister Ashok Gehlot that the prime minister and home minister should address the nation over the “growing” communal tension in the country. 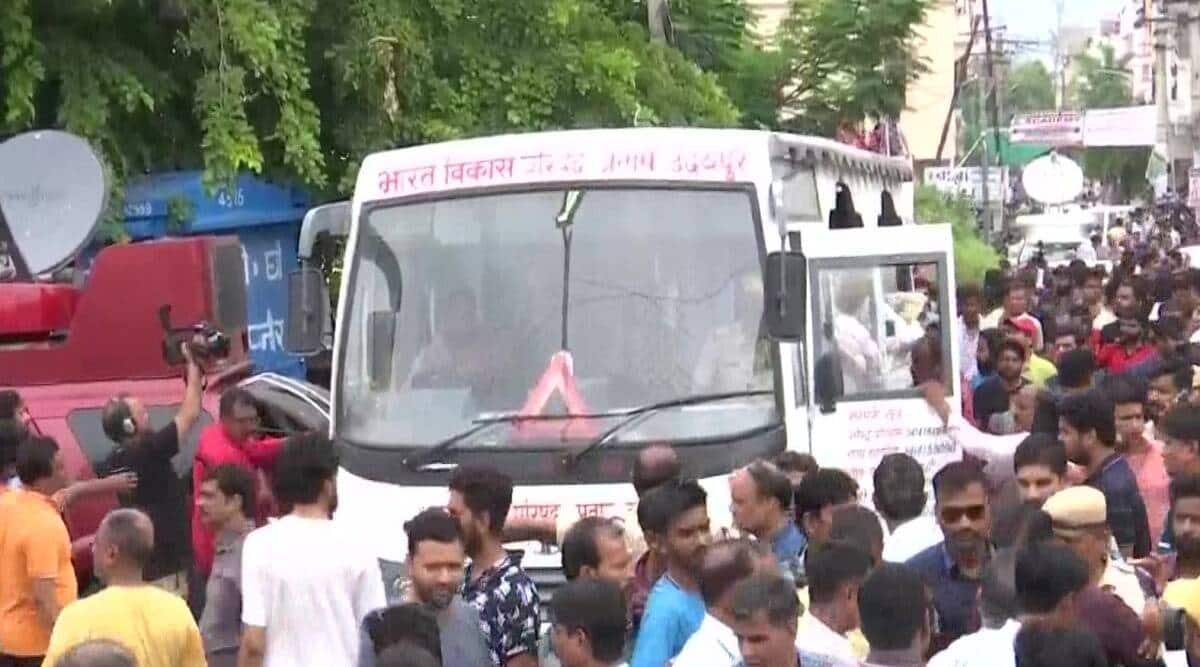 Lal was "beheaded" by the two men, identified as Riaz Akhtari and Ghouse Mohammad, with a cleaver in Udaipur city's Dhan Mandi area.

Union minister Anurag Thakur Wednesday slammed the Ashok Gehlot dispensation in Rajasthan over the killing of a tailor in Udaipur, saying the Congress government remained a “mute spectator” as the party’s “internal rivalries” took a toll on the state’s law and order.

The information and broadcasting minister was responding to remarks by Rajasthan Chief Minister Ashok Gehlot that the prime minister and home minister should address the nation over the “growing” communal tension in the country.

Thakur said law and order is a state issue and alleged the chief minister has always “shirked responsibility”.
“This is not the first example. There are several examples where incidents have happened but this time all limits were crossed. It is highly condemnable,” Thakur told reporters, responding to questions on the killing of Kanhaiya Lal in Udaipur on Monday by two men for allegedly insulting Islam.

Lal was “beheaded” by the two men, identified as Riaz Akhtari and Ghouse Mohammad, with a cleaver in Udaipur city’s Dhan Mandi area.

They also posted videos online that said they were avenging an insult to Islam, triggering stray cases of violence in the Rajasthan city, a part of which has been placed under curfew.

Thakur said whatever has happened in Udaipur has raised a big question mark on governance in Rajasthan as it is a peace-loving state and tourists from the world over visit there.

“This a big example on the manner in which law and order has collapsed in Rajasthan under the Ashok Gehlot government. Seven days ago a video was issued and despite that no precautionary steps were taken and the government remained a mute spectator. This itself shows how law and order has suffered due to vote bank politics and terror activities are allowed to take root,” he said.

The minister claimed an atmosphere of fear has been created in the entire state and the senior Congress leadership and the Gehlot government have remained “mute spectators”.

“I want to say that infighting within the Congress has taken a toll on the law and order and there is nothing in the name of a government there,” he alleged.
The minister said now that an NIA probe is underway “I am confident that swift action will be taken and the probe report will also come out soon”.

Meanwhile, hitting back at the BJP over its charge of appeasement, the Congress asserted the Gehlot government in Rajasthan was aware of its “raj dharma” and said action in the brutal killing of a tailor would be taken in accordance with law, unaffected by the religion or caste of those involved.