Indira Gandhi unseen: Over 300 never-seen-before photographs of former PM at an exhibition in Delhi

Gandhi’s stature in the country was defined by her focus, resolution and dedication to duty, Kumar says. But she was also a dutiful daughter, wife, mother and later a doting grandmother. 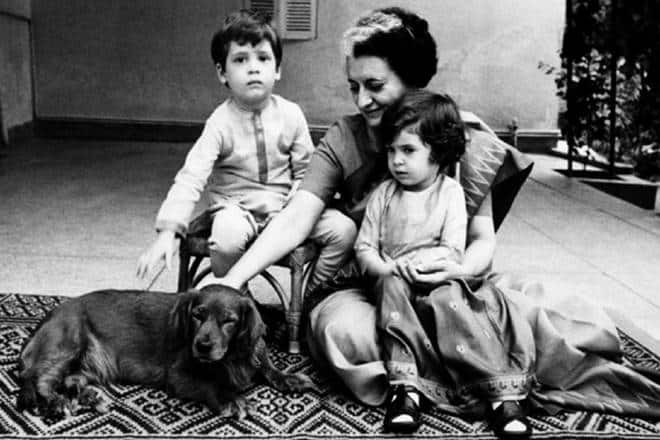 Gandhi was born on this day in 1917 in Allahabad.

Former prime minister Indira Gandhi was known for her courage and will to take decisions that shook opposition parties and the country alike. On the occasion of her birth centennial this year (November 19), the Indira Gandhi Memorial Trust (IGMT) will showcase her life through more than 300 rare and handpicked archived photographs. Titled Resonating Indira in Today’s India, the photo exhibition has been curated by Deepthi Sasidharan and Pramod Kumar KG. This will be the first time these pictures will be up for display for the public. Although the exhibition opened as a smaller show last year at Swaraj Bhavan, Allahabad (Gandhi’s ancestral home, where she was born), the New Delhi event will offer a broader selection of exhibits. “The New Delhi show presents several spectacular images that will be seen for the first time in the public sphere. The IGMT collection has undergone a four-year documentation and digitisation process, which makes it possible for us to showcase this for Indira Gandhi’s centennial year,” says Kumar. Selecting around 300 pictures from a mammoth collection of 90,000 was an arduous task for the curators. When asked what drove their selection criteria, Kumar says, “The images were selected on the basis of their significance, beauty and representative strength as important markers in visual history. There are well over 300 images and these were selected from a larger pool of nearly 90,000 images. So yes, there were pictures that missed the list.”

Gandhi’s stature in the country was defined by her focus, resolution and dedication to duty, Kumar says. But she was also a dutiful daughter, wife, mother and later a doting grandmother. These aspects of her personality are reflected in the collection. “…The photographs celebrate more private aspects of her life… her joy as she celebrates the birthdays of her children or her private travels with her husband and other members of her extended and close family,” says Kumar.

For co-curator Sasidharan, what was astounding was the magnitude of the collection. She considers Gandhi’s wedding video—which has been meticulously restored and is also being presented for the first time in the exhibition—an important representation of her personal history. “See it and you will know. The khadi sari worn by her during the struggle for Indian independence is also special,” she says. The exhibition will be open for the public from November 21 to January 31 at Indira Gandhi Memorial Museum, New Delhi