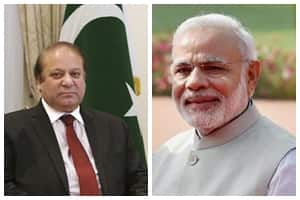 India’s bid to bag membership in the Nuclear Suppliers’ Group (NSG) seems to have rattled Pakistan badly. Pakistan PM Nawaz Sharif’s adviser on foreign affairs Sartaj Aziz has had a telephonic conversation with the foreign ministers of Russia, South Korea and New Zealand in order to gain support for the country’s application for NSG membership, reports Express Tribune.

Pakistan sought membership of the exclusive nuclear trading club after PM Narendra Modi secured US backing for India’s bid for NSG. PM Narendra Modi during his five-nation tour also got the backing of Switzerland and Mexico, in what is being seen as a landmark move. (Also read: What is NSG, why it’s important & what PM Modi is doing to get India in)

India’s bid for full membership, if granted, would tip the balance of power in South Asia against Pakistan, whose own application has been backed by China, despite questions over its proliferation record.

Pakistan has asked NSG member states to be “objective and non-discriminatory” while deciding on expanding the grouping’s membership as Islamabad stepped up diplomatic efforts to raise support for its inclusion.

Pakistan’s Ambassador to Austria, Ayesha Riyaz, had in a letter addressed to NSG chairman Rafael Grossi on May 19 said the decision to seek membership in the group reflected Islamabad’s support for international efforts aimed at preventing the proliferation of weapons of mass destruction.

“Pakistan has the expertise, manpower, infrastructure and ability to supply NSG-controlled items, goods and services for a full range of nuclear applications for peaceful uses,” the letter read while urging the NSG to adopt a non-discriminatory criteria-based approach for group membership.

The US and many other NSG member countries have supported India’s inclusion based on its non-proliferation track record. The NSG is a 48-nation club dedicated to curbing nuclear arms proliferation by controlling the export and re-transfer of materials that could foster nuclear weapons development.