With factors such as demographics and increasing literacy rates, India’s entertainment and media sector is expected to grow steadily over the next four years and exceed $ 40,000 million, a report said. 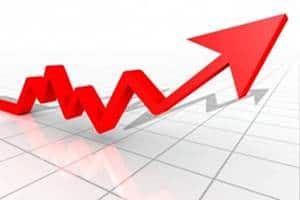 With factors such as demographics and increasing literacy rates, India’s entertainment and media sector is expected to grow steadily over the next four years and exceed $ 40,000 million, a report said.

“In terms of admissions, India is currently the biggest cinema market in the world. It will remain so until the end of the forecast period, although China is expected to be close to overtaking it at that point,” it added.

“There is still a considerable room for expansion. In terms of multiplexes, India remains undeserved. At the end of 2014, there were around 11,200 screens in the country as a whole — a small number given the population and the appetite for cinema,” the report added.

“With a forecast of 18.5 per cent CAGR over the next five years, paid search Internet advertising revenue will rise to $ 492 million by 2020,” it added.

TV advertising in India is expected to achieve double-digit growth over the forecast period at a 11.7 per cent CAGR and will generate revenue of $ 5.54 billion in 2020, compared with $ 3.19 billion in 2015.

Even publishing industry is reporting good growth in India, unlike the trends in the rest of the world, where magazine, books and newspaper publishing combined are at a near flat or negative growth trajectory, PwC said in the report.

“Indian publishing remains one of the fastest growing(industries) in the world. In 2015, the overall publishing revenues were at $ 6,133 million, an increase of $ 302 million over 2014,” it added.