With an aim to further improve ease of doing ranking of India, the Narendra Modi government is mulling changes in arbitration law. 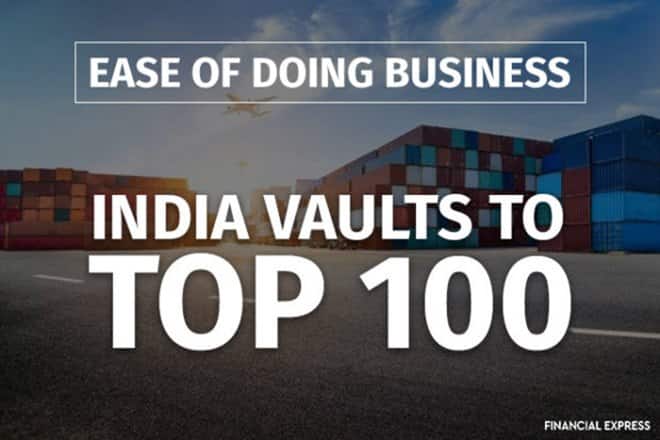 With an aim to further improve ease of doing ranking of India, the Narendra Modi government is mulling changes in arbitration law.

With an aim to further improve ease of doing ranking of India, the Narendra Modi government is mulling changes in arbitration law. The central government is likely to come up with amendments in legislation which its said will invite more international entities. According to the World Bank’s latest annual Ease of Doing Business report, India now ranks 100th among 190 countries. Last year it was placed at 130th spot. India Inc had said the improved performance will boost investor sentiment, even as the industry believes a “lot more needs to be done” on the reforms front. Earlier, a panel set up to suggest changes in arbitration law proposed formation of a promotion council and a dedicated band of lawyers to contest such cases, according to reports.

The annual ranking of Ease of Doing Business is topped by New Zealand with 86.55 points, followed by Singapore, Denmark, South Korea and Hong Kong, which is now under the control of China. The US and the UK are ranked 6th and 7th respectively. Among BRICS countries, Russia tops the list on the 35th position, followed by China which has retained its ranking at the 78th place for the second consecutive year. Brazil, despite improvement in its score, is now at 125th place.

The committee headed by former Supreme Court judge B N Srikrishna had also lamented that the International Centre for Alternative Dispute Resolution (ICDAR) in Delhi had only conducted 22 arbitrations in 23 years . The government gave money and land. But only 22 arbitration cases have been decided by the Centre, Union Minister Ravi Shankar Prasad said. The Central government in December, 2016 had set up the committee to recommend ways to make arbitration more efficient as it seeks to make the country a hub of international arbitration and to accelerate the system of alternate dispute resolution. “In order to ensure speedy resolution of commercial disputes and to facilitate effective conduct of international and domestic arbitrations raised under various agreements, it has been considered necessary to go into various factors to accelerate arbitration mechanism and strengthen the arbitration ecosystem in the country,” Prasad had then said.

The process involves settling of a dispute between 2 parties by a commonly accepted third party. All parties agree to abide by the decision so taken. This process ensures that a more serious confrontation does not occur between the parties involved.