Two years later, the fundamental problems of defence procurement are still to be fixed. 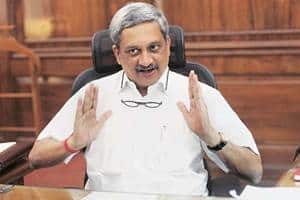 Two years later, the fundamental problems of defence procurement are still to be fixed. (Express)

The Indian Air Force has only 33 fighter squadrons while it needs 45, to counter “a two-front collusive threat”. The navy has only 14 submarines, half the number it wants. The army doesn’t have equipment for the new strike corps being raised on the China border. These are not problems created during the last two years, since this government came to power. The BJP-led government inherited most of these problems in the defence ministry from the UPA regime and promised to fix them. A lot of effort has been put in by the defence minister, Manohar Parrikar, since he took charge in November 2014, but the results on the ground have not lived up to the billing.

The new Defence Procurement Procedure (DPP) was meant to be a radical departure from the earlier versions, which would promote “Make in India” in the defence sector and make India a major defence exporter in the near future. This meant that India would move away from being one of the world’s biggest defence importers to an indigenous developer and producer of defence platforms. While Parrikar’s intentions cannot be faulted, the reality is that the new DPP is still not out in its entirety. A major chapter on the strategic partnership model is still pending, as are the details on other new models that have been proposed. Both foreign and domestic defence manufacturers are thus awaiting clarity on the business models they need to build for the future.

Parrikar has followed up on the Dhirendra Singh Committee report on defence procurement by forming two more expert committees. One of them, headed by Vivek Rae, has been tasked to reform the organisation, system and process of acquisition in the ministry. Its recommendations will be an important step towards fixing the fundamental problems of defence procurement, but will cause a major upheaval in the ministry which needs to be managed smartly. Another committee, headed by Lt General (retd) D.B. Shekatkar, has been tasked with improving the teeth-to-tail ratio of the defence services. This is again a long-pending step which can help the defence ministry by rationalising expenditure. As the finance ministry has focused on reducing the fiscal deficit, the budget for defence acquisition has also come under pressure. By reducing wastage and streamlining the process, Parrikar can overcome the challenge of resources and delayed acquisition. But these steps must show quick results. The defence services cannot afford to wait for long.