India has joined efforts by the UN to eliminate single-use plastic in the world body’s headquarters here and promote healthy lifestyle by marking the World Bicycle Day, weaving in Mahatma Gandhi’s message of environmental sustainability and climate action in its support for the initiatives. 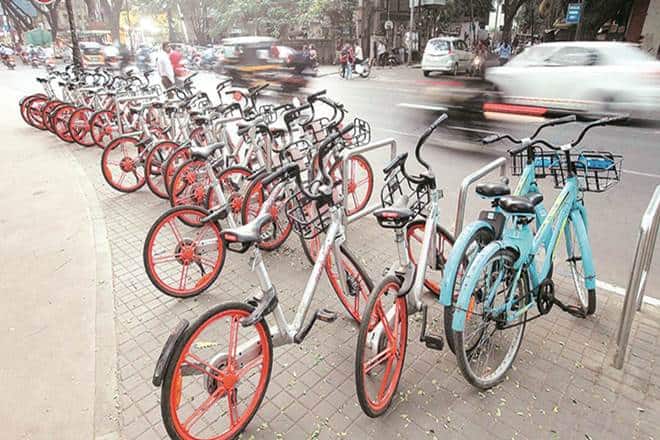 India has joined efforts by the UN to eliminate single-use plastic in the world body’s headquarters here and promote healthy lifestyle by marking the World Bicycle Day, weaving in Mahatma Gandhi’s message of environmental sustainability and climate action in its support for the initiatives. India’s Permanent Representative to the UN Ambassador Syed Akbaruddin, joined by Under-Secretary-General for Operational Support Atul Khare, India’s Deputy Permanent Representative to UN K Nagaraj Naidu and all diplomats from India’s Permanent Mission to the UN, distributed free cloth bags to UN staff members in the premises of the UN headquarters.

“India acts in support of @ UN efforts. No to Single Use Plastics @UN in New York,” Akbaruddin tweeted. The blue bags were emblazoned with Gandhi’s message of ‘The Future Depends on What You Do Today’ above his image and the logo of the 150th birth anniversary of Gandhi to be commemorated this year. It also had the line “Say No To Single Use Plastic (India’s support for the United Nations initiative)”.

Later, all the Indian diplomats and officers from the Indian mission, led by Akbaruddin, also participated in the commemoration of World Bicycle Day, wearing customized blue T-shirts and cycling together during a special outdoor event in the UN headquarters overlooking the East River. “Bicycles Breakthrough Barriers. Team @IndiaUNNewYork is 1st to cycle together @UN to observe #WorldBicycleDay. #ClimateAction,” Akbaruddin tweeted.

Naidu also tweeted “India partners with the United Nations initiative of eliminating single-use plastic @UN” and “@IndiaUNNewYork joins #Turkmenistan #Bahrain #Indonesia #Liechtenstein and #Canada in celebrating #June3WorldBicycleDay. Cycling is linked to 12 SDGs and has been clean mode of transport for over the last two centuries.” The UN said that the simple, affordable, and environmentally friendly bicycle is not just a means of transportation, but also “a tool for development” as it marked World Bicycle Day Monday. General Assembly President María Fernanda Espinosa said the Day comes “at a crucial time” as there are only 11 years left “to avoid the worst impacts of climate change.”

With 2030 marking the deadline for the Sustainable Development Goals (SDGs), she encouraged support for new technologies, adding that “we must also ensure we are harnessing existing tools, such as the bicycle.”

“From reducing transport emissions and road deaths to tackling obesity and noncommunicable diseases, improving rural connectivity and empowering women and girls, bicycles can make a crucial contribution,” she said.

Noting that transport is the third-largest source of CO2, Espinosa cited studies showing that if just 10 per cent of city journeys were taken by bike, urban transport emissions would fall by 7 per cent. World Bicycle Day encourages UN Member States to consider the bicycle in cross-cutting development strategies, including in international, regional, national and sub-national development policies and programmes. It encourages member states to improve road safety and integrate it into sustainable mobility and transport infrastructure planning and design. It also encourages everyone to use the bicycle to foster sustainable development, strengthen education, promote health and facilitate social inclusion and a culture of peace.