India sends strong warning to Pakistan with surgical strikes: We won’t hesitate to cross the border to check terrorism

India has struck back at Pakistan, avenging the Uri terror attack, and also sending across a very very strong warning to the neighbouring country – the days of going soft are over, India will hit back and check any attempts to attack. 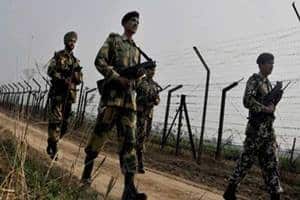 India has struck back at Pakistan, avenging the Uri terror attack, and also sending across a very very strong warning to the neighbouring country – the days of going soft are over, India will hit back and check any attempts to attack. Prime Minister Narendra Modi is being lauded for walking the talk when it comes to dealing effectively with Pakistan.

In the last few days, there has been a marked departure in India’s foreign policy towards Pakistan. Not only has India moved to diplomatically and internationally isolate Pakistan, but today’s announcement of the surgical strikes is a first. Such operations by the security forces are not something new, but what is special this time is that India has openly declared conducting such strikes, and has also informed Pakistan about the same. It’s a smart move by the government, not only to assuage the anger that was building among Indians, but also to show Pakistan of India’s seriousness in dealing with their terror activities.

Also Read: What is a surgical strike and why Indian Army conducted it across LoC?

Defence experts feel that this may just be the beginning, and India may continue with this approach. Says, Air Vice Marshal Manmohan Bahadur VM (Retd), “I think that the surgical strike conducted against terrorists in Pakistan is great news, it is a retribution of the Uri attack. But more importantly, by informing Pakistan about the strikes, India has sent a strong warning.” “Surgical strikes have happened in the past, but publicly announcing them, and informing Pakistan is a first. By doing that we are sending a message to Pakistan, that in case of any other terrorist strikes, India will not hesitate to cross the border and attack,” he tells FE Online.

Agrees Colonel (Retd) KV Kuber, an Independent Consultant on Defence and Aerospace. “This is just the beginning. PM Narendra Modi has taken a very strong stance, and I expect more such strikes in the future. We have destroyed multiple terrorist camps without causing any collateral damage. This can be done by very few armies in the world,” he tells FE Online. “Reports suggest that 2 Pakistan jawans have also been killed, what were they doing in terrorist camps. They were there because most terror camps in Pakistan have people from their army who train people to become terrorists. Villagers are lured and trained. This is a big step in sending a message to Pakistan,” he adds.

In a big move, Director General Military Operations (DGMO) Lt Gen Ranbir Singh, today said that India conducted surgical strikes last night and significant amount of casualties were caused to the terrorists in Pakistan. He also said that it is a matter of serious concern that there has been many infiltration bids by terrorists at LoC. A few days back, four terrorists from Pakistan had crossed the LoC and attacked an Army camp in Jammu and Kashmir’s Uri. The attack killed 18 Indian soldiers and many others were injured. Pressure had been mounting on the Modi government to retaliate effectively, and with these strikes, India seems to have moved in the right direction in exhibiting a non-nonsense approach to terrorism.