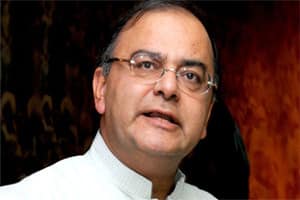 India needs to ensure that there is stability of policy including in taxation and keep the door “wide open” so that global investors can come in, Finance Minister Arun Jaitley has said.

He was asked what changes his government was making to invite global investments.

Jaitley said India needs world class infrastructure and avenues should be provided to people for doing business and making profits.

“We have to have a world class infrastructure. We have to provide avenues where people can do business and make profit, because nobody is coming here for philanthropy, people are coming to do business in India. And then, generate employment in India,” he said.

Asked how big a job it was to convince the international community that India is indeed open for business, and is a safe and stable place to invest, he said “it’s quite an effort.”

International investors, he said, are watching policy as well as if the nation had the appetite for long term reform.

“Before they jump in, they want to be convinced about India and I can assure you, we are not going to disappoint them,” he said.
Jaitley said the cumulative effect of what the government is doing is a “big bang reform.”

“We have done a lot of the roadmap and there is still a lot of work that is awaiting us,” he said adding the “in-built capacity” of the Indian economy was to grow anywhere between 7, 8, and 9 per cent.

“And I think that’s our optimum (level) and we should be able to realize that,” he added.