India in NSG: What is Nuclear Suppliers’ Group, why it’s important & what PM Modi is doing to get India in 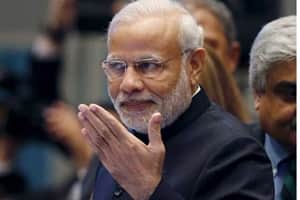 Prime Minister Narendra Modi during his over four-hour visit to the US Capitol established personal rapport with top lawmakers and seems to have won over his critics. (Reuters Photo)

Nuclear Suppliers’ Group (NSG), whose membership PM Narendra Modi has been aggressively seeking for India, is a group of nuclear supplier countries that seeks to contribute to the non-proliferation of nuclear weapons.

India is also poised to join the Missile Technology Control Regime (MTCR) after talks this week between Modi and US President Barack Obama in Washington. Both groups would give India greater access to research and technology, but China has so far blocked India’s accession to the NSG.

Why is the NSG entry important for India?

India’s bid for full membership, if granted, would tip the balance of power in South Asia against Pakistan, whose own application has been backed by China, despite questions over its proliferation record.

India has been pushing for membership of the bloc for last few years and had formally moved its application on May 12. The NSG had granted an exclusive waiver for India in 2008 to access civil nuclear technology after China reluctantly backed India’s case based on the Indo-US nuclear deal.

Who is supporting India?

Mexico President Enrique Pena Nieto’s support is a boost for Modi, but he must still win China’s support to seal India’s membership of the non-proliferation body. The NSG holds its annual meeting in South Korea later this month.

Mexico’s backing represents a historic policy shift for the country, which has held a firm position on nuclear disarmament and non-proliferation for decades.

The US and many other NSG member countries have supported India’s inclusion based on its non-proliferation track record. Earlier this week, US President Obama welcomed India’s application to join the NSG, and re-affirmed that India is ready for membership. US called on NSG participating governments to support India’s application when it comes up at the NSG Plenary.

The NSG is a 48-nation which looks after critical issues relating to the nuclear sector and its members are allowed to trade in and export nuclear technology.

The NSG Guidelines also contain the so-called “Non-Proliferation Principle,” adopted in 1994, whereby a supplier, notwithstanding other provisions in the NSG Guidelines, authorises a transfer only when satisfied that the transfer would not contribute to the proliferation of nuclear weapons.

Meanwhile, Pakistan has asked NSG member states to be “objective and non-discriminatory” while deciding on expanding the grouping’s membership as Islamabad stepped up diplomatic efforts to raise support for its inclusion.

(With inputs from Reuters and PTI)