Reiterating India’s commitment to tackling climate change, Union Environment Minister Harsh Vardhan on Thursday said it can do more if finance and other support are ensured. 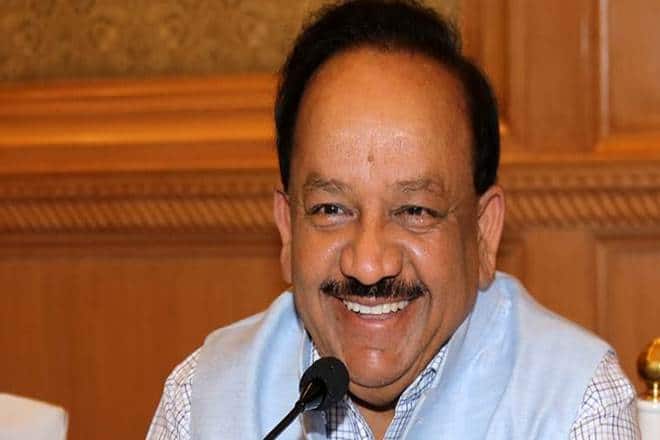 Reiterating India's commitment to tackling climate change, Union Environment Minister Harsh Vardhan on Thursday said it can do more if finance and other support are ensured.(Image: IE)

Reiterating India’s commitment to tackling climate change, Union Environment Minister Harsh Vardhan on Thursday said it can do more if finance and other support are ensured. The Minister said India has been leading from the front in tackling global climate change issues and it will continue to do so in the future as well. “India, like other developing countries, can do more, if finance and technology development and transfer, and capacity building support, are ensured as per the convention and the Paris Agreement,” Harsh Vardhan said.

He was delivering a keynote address at an event regarding signing of an accreditation master agreement between Green Climate Fund (GCF) and National Bank for Agriculture and Rural Development (NABARD) here. The Paris Agreement, that came into force on November 4, 2016, aims, among other things, to strengthen global response to climate change threat. The GCF, operating under the United Nations Framework Convention on Climate Change, supports developing countries by providing resources from developed countries that are party to the Paris Agreement.

NABARD is the first Indian entity to be accredited as Direct Access Entity, a step for accessing GCF resources. The Minister said: “We need to take cognisance of our population size and income inequality and cannot ignore the basic requirement of electricity, housing, and food for the poor. We expect the GCF to partner us on these issues and prioritise its work to overcome these challenges.”

“We are fully conscious of the need to pursue an ecologically sustainable development pathway… our Prime Minister wants to build a new India by 2022 — riding on the demographic dividend and opportunities to use off-beat solutions like solar and wind power, smart cities, incentivising forestry, creating investment openings and involving all in the developmental process,” he said. GCF Executive Director Howard Bamsey said India has been acknowledged as a strong proponent of climate change action and the GCF looked forward to greater engagement with the country.

India has an ambitious Nationally Determined Contribution — a set of targets to act on climate change under the landmark Paris Climate Agreement. Most targets are aligned with the fund’s strategic impact areas like clean energy, energy efficiency, cities, transport, forestry, agriculture, water health, and ecosystems. The GCF has approved a for 34 million dollar project on installing groundwater recharge system in Odisha.

Another proposal on coastal areas has been submitted to the GCF Secretariat whereas several more projects are in the pipeline. India has nominated five direct access entities for GCF accreditation, including two public sector undertakings — NABARD and Small Industries Development Bank of India.