India beats Japan in oil use, only next to US, China

With demand of 4.1 million barrels per day, India is the third-largest consumer behind US (19.39 million bpd) and China (11.96 million bpd). India accounted for 4.5 per cent of world oil consumption in 2015. 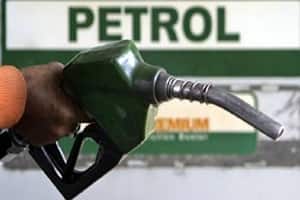 India has surpassed Japan to become the world’s third-largest oil consumer, with its oil demand galloping 8.1 per cent in 2015, according to BP Statistical Review of World Energy released today.

With demand of 4.1 million barrels per day, India is the third-largest consumer behind US (19.39 million bpd) and China (11.96 million bpd). India accounted for 4.5 per cent of world oil consumption in 2015.

India’s demand growth surpassed China’s 6.3 per cent expansion. US oil consumption grew 1.6 per cent, which accounts for 19.7 per cent of the total world pie of 95 million bpd in 2015.

The review shows that global demand for primary energy grew only 1 per cent in 2015, which is significantly slower than the 10-year average.

“This reflected continued weakness in the global economy and lower growth in Chinese energy consumption as the country shifts from an industrial to a service-driven economy,” it said.

“Global oil consumption grew 1.9 million barrels per day (bpd), or 1.9 per cent – nearly double the recent historical average (+1 per cent) and significantly stronger than the increase of 1.1 million bpd seen in 2014,” it said.

Growth was well above recent historical averages in the US (1.6 per cent) and the EU (1.5 per cent) while Japan recorded the largest decline in oil consumption.

“Outside the OECD, net oil importing countries also recorded significant increases: China (6.3 per cent or 7,70,000 bpd) once again accounted for the largest increment in demand while India (8.1 per cent or 3,10,000 bpd) passed Japan as the world’s third-largest oil consumer,” the Review said.

But this growth was offset by weaker growth in oil producers so that oil demand in non-OECD as a whole (2.6 per cent) was below its recent historical average.

Global oil production increased even more rapidly than consumption for the second consecutive year, rising by 2.8 million bpd, or 3.2 per cent, the strongest growth since 2004.

Next Story
Narendra Modi’s speech to US Congress: Highlights of PM’s address – from combating terrorism to building stronger India