‘Howdy, Modi!’ PM to address Indian-American community in Houston on September 22, over 50,000 register for event

The decision to host ‘Howdy, Modi!’ is Houston may have been prompted by the fact that the city has a population of over 1,30,000 Indian-Americans. 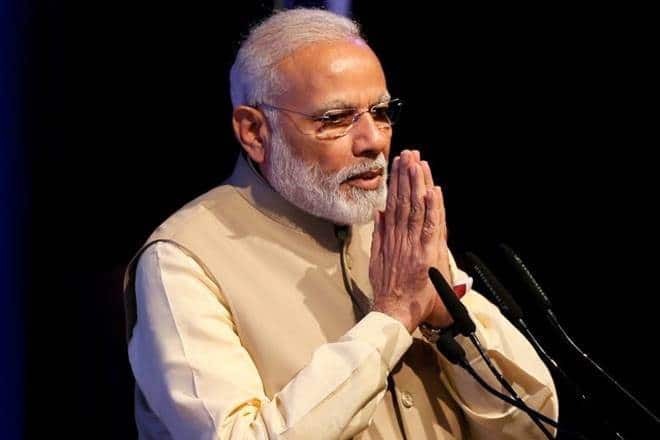 PM Modi will travel to the US in September to attend the United Nations General Assembly on September 27.

Prime Minister Narendra Modi will address the Indian-American community in Houston on September 22 during his visit to the US. The event, which has been titled “Howdy, Modi!” has already sold out, a PTI report said quoting the organisers. The report said that over 50,000 people have registered for the programme. The summit will be held at the NRG Stadium by Texas India Forum (TIF), a non-profit body. If all those who have registered for the event turn up, it will be the largest ever live audience for a foreign leader in the US other than Pope Francis.

PM Modi will travel to the US in September to attent the United Nations General Assembly on September 27. He will hold a number of meetings with business and political leaders in Houston ahead of the UNGA. The decision to host ‘Howdy, Modi!’ is Houston may have been prompted by the fact that the city has a population of over 1,30,000 Indian-Americans. “Howdy” is a short way of saying “How do you do?” and oftentimes is informally used as a way of greeting in the United States, especially in Texas.

Jugal Malani, a convener of the “Howdy, Modi!” organizing committee, told the Indian Express that there exists a “synergy” between the United States and the hopes of a ‘New India’ that PM Narendra Modi represents.

“The American dream shares many similarities with emerging Indian dream, and an event of this scale suggests an opportunity to build bridges across two great democracies,” Malani said.

Attendance to the entry is free and potential attendees can still register on the official website – howdymodi.org. However, all new registrants would be put on a waiting list.

This will be Modi’s first address to the Indian-American community in the US after he started his second term as PM in June 2019. In his last stint, he had made two address – at the Madison Square Garden, New York in 2014 and the Silicon Valley in 2016.