How Baba Ramdev wants Indians to force China to rub its nose, bend before India 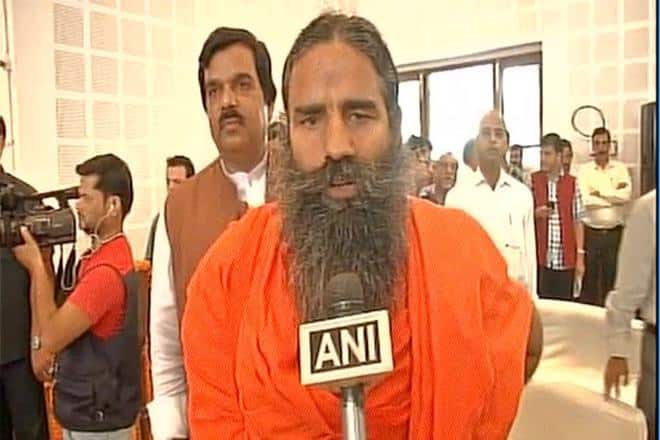 Baba Ramdev also said, "China has to step back this time." (ANI)

Reiterating his earlier stand against China, Yoga Guru Baba Ramdev has again appealed to his countrymen to boycott Chinese products. “If we’ll boycott Chinese products then China will have to rub its nose and bend before India,” ANI quoted him as saying. In an aggressive tone, he said, “China has to step back this time.” Earlier also Ramdev alleged that China makes money out of India and helps Pakistan,” and tweeted, “China has always betrayed us. Buying Chinese products is like helping the enemy. every nationalist Indian should boycott Chinese products”. The yoga guru further added that Indian markets, automobiles, electronic goods, and toys are captured by Chinese companies. He also stressed on the fact that if Indians stop buying their products Chinese companies would be financially weak and shall be forced to withdraw themselves, as per ANI.

Over the social media, large campaigns were run asking people to boycott the Chinese product. Hitting back Chinese media said the Indian products cannot compete with the Chinese ones and added that India can only “bark” and do nothing to control the growing trade deficit, India TV reported. However, earlier a report in LiveMint has claimed that Baba Ramdev’s Patanjali is planning to start exports to East Asian countries like China, Myanmar, Bangladesh, and others.

The stand off between China-India at Doklam region have been continuing for more than a month with no sign of it ending anytime soon. Ramdev’s comment comes when National Security Advisor (NSA) Ajit Doval is scheduled to attend the BRICS security summit in China, where he is expected to discuss the border tension between India and China.