Hope AAP will give BJP ‘something to think about’: Omar Abdullah 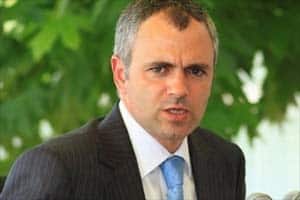 Former Jammu and Kashmir chief minister Omar Abdullah today voiced hope that the Aam Aadmi Party will give BJP “something to think about” in Delhi which is voting to elect its Assembly.

He also said it clearly demonstrates the writing on the wall when the political parties accuse their opponents of playing dirty tricks on the poll day.

Referring to today’s Rajya Sabha elections in Jammu and Kashmir, Omar, the National Conference (NC) working president, said Congress leader Ghulam Nabi Azad would give the BJP “something to think about” in the state, while expressing hope that AAP would do the same in Delhi polls.

“By all accounts Azad Sahib will give the BJP something to think about in J&K. Let’s hope @AamAadmiParty is doing the same in #Delhi2015,” Omar wrote.

Azad, leader of opposition in Rajya Sabha who is seeking re-election, is contesting the polls with the support of the NC.

“You know the writing is on the wall when political parties start accusing their opponents of dirty tricks on polling day #Delhi2015,” Omar wrote.