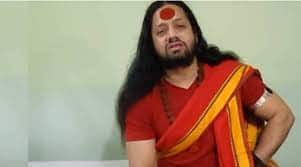 Maharaj’s arrest led to a ward of words between Chhattisgarh Chief Minister Bhupesh Baghel and Madhya Pradesh Home Minister Narottam Mishra, with the latter accusing the former of violating the interstate protocol.

“The manner in which the Chhattisgarh Police has arrested Kalicharan Maharaj is against the federal dignity. The Congress-ruled Chhattisgarh government should not have violated the interstate protocol. @DGP_MP has been directed to speak to the CG DGP and seek clarification by protesting on the manner of arrest,” Mishra tweeted in Hindi.

Reacting to this, Baghel asked whether Mishra was sad on Maharaj’s arrest, adding that no protocol was violated by the Chhattisgarh Police.

“Kalicharan Maharaj’s family and lawyer have been informed about his arrest by Chhattisgarh police. He will be presented before the court within 24 hours time,” Baghel said.

“Narottam Mishra should tell whether he is happy or sad about the arrest of the person who derogated Mahatma Gandhi? No rules have been violated and arrest made by Chhattisgarh police as per procedures,” he added.

Acting on a specific input, the Raipur police apprehended the seer from a rented room near Bageshwar Dham, located around 25 km from Khajuraho town in MP, Raipur Superintendent of Police Prashant Agrawal told PTI.

On Sunday, an FIR was registered against Kalicharan Maharaj in Chhattisgarh’s capital Raipur for allegedly using derogatory words against Mahatma Gandhi. A case was also registered against him at Akola in Maharashtra on Monday in this connection.

During the conclusion of the two-day ‘dharma sansad’ (religious parliament) in Raipur on Sunday evening, the seer had allegedly used abusive words against the Father of the Nation, and asked people to elect a staunch Hindu leader as the head of the government in order to protect the religion.