Ganga has been recognised as the ‘first living entity of India’. 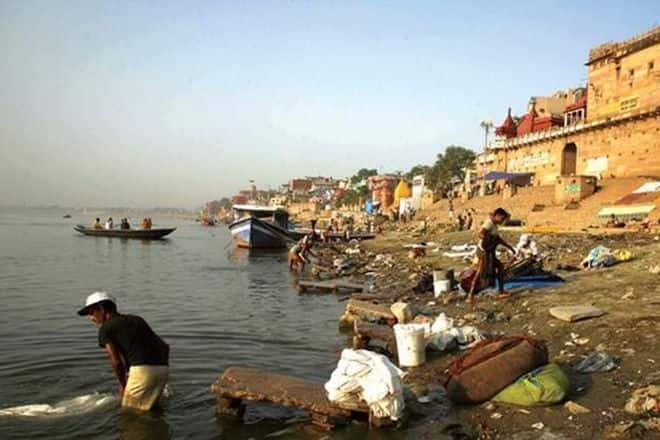 Along with Ganges, river Yamuna has also been declared a living entity.(PTI)

In first of its kind decision, Uttarakhand High Court on Monday recognised river Ganga as the ‘first living entity of India’. Along with Ganges, river Yamuna has also been declared a living entity. As per the decision, the rivers will now be entitled to all rights available to humans as per the constitution, Jansatta reported. The court also instructed the government to form a Ganga Administration Board for cleaning and better maintenance of the river. However, this isn’t the first incident when a river has been recognised as a living entity. In a similar incident, New Zealand government had declared 145km long Whanganui River as a living entity. At the time of declaration, the river became the first in the world to be legally recognised as a living entity. It was also granted rights as a human being. However, its not clear if Ganga will be given the same rights as of a human.

Earlier in the day, Uttarakhand Chief Minister Trivendra Singh Rawat participated in a cleanliness drive on the banks of river Ganga with an aiming to spread the ‘Swaccha Bharat’ message. Rawat, who participated in the drive in Haridwar, was joined by cabinet minister Madan Kaushik. Rawat later told reporters that the purpose was to send a message of cleanliness and inspire people to associate with the Swachh Bharat campaign and ‘Namami Gange’ mission.

More than its rich heritage, Ganga is known for its cultural and religious beleifs in India. However, the river has been subjected to huge water pollution, and even finds its place among the worst polluted rivers in world. The government has taken up big campaigns to curb pollution of Ganga water in recent times.

However, the clean-up plan, known as the Ganga Action Plan, has largely failed to clean the water, attracting a barrage of criticism for government from opposition and stakeholders. The 2,525-km long river, which originates in the Himalaya mountains and ends in the Bay of Bengal, is third largest river in the world in terms of discharge.