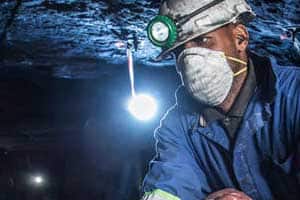 The Delhi High Court today sought response of the Centre on a plea of former Congress MP Naveen Jindal’s company JSPL challenging a Coal Ministry order and ordinance provisions “which allow change of end-use” of coal blocks in Chattisgarh and Odisha to power from steel.

A bench of justices Badar Durrez Ahmed and Sanjeev Sachdeva issued notice to the Coal Ministry asking it to come with answers as to why end-use was changed and where, while hearing pleas of Jindal Steel and Power Ltd (JSPL) and Naveen Jindal who was present in the court.

The petitioners have sought setting aside of the December 18 order of the ministry as well as provisions of the Coal Ordinance “which provide for change of end-use from steel to power”.

Also Read
iPhone 12 Pro unboxed: Big things, small packages and how to pick the best iPhone for you
Wipro changes logo for the first time after 1998, looks to win clients with new identity
Bharat QR code now enabled on POS machines for 12,000 merchants; Bijlipay targets another 50,000
Being ‘asexual’ is also normal

“Have someone here (on next date) to explain why it (end- use) was changed. Also come ready with answers to the question where all you have changed the end-use,” the court told Additional Solicitor General (ASG) Sanjay Jain, who appeared for the ministry.

The court has posted the matter for hearing on January 15.

JSPL in its plea has contended that it was allocated coal blocks in Odisha and Chhattisgarh for the purpose of setting up steel and sponge iron production units, respectively.

After the allocations were cancelled by the Supreme Court through its orders of August 25 and September 24 last year, the Coal Mines (Special Provisions) Ordinance, 2014, was promulgated mandating the government to auction or tender the coal blocks, it has said.